Lasers are commonly employed in clinical settings for cosmetic dermatology, dentistry, medical imaging, surgery, and photodynamic anti-cancer therapy. The recent explosion of nanotechnology research has paved the way for the development of cutting-edge laser therapies that may overcome some of the limitations of traditional treatments and, thus, greatly expand the use of laser systems by healthcare providers in the future. Newly emerging nanoparticle-targeted laser therapies include targeted destruction of drug-resistant infections, simultaneous imaging and killing of cancer cells (cancer theranostics), and selective delivery of molecules into cells (transfection) for gene therapy or gene knock down.1-3 These applications exploit the unique properties of lasers and nanoparticles for localization and harnessing of light energy at the site of action, generation of photothermal or optoacoustic effects, and delivery of therapeutics or elicitation of effects within tissues in a minimally invasive manner.

Because of these unique properties, nanoparticle-assisted laser therapies have the potential to make a substantial impact in assisting clinicians to overcome the challenges of eradicating recalcitrant infections associated with chronic, nonhealing wounds. Failure to effectively manage chronic infections has largely been attributed to the presence of antibiotic-resistant bacteria and drug-tolerant biofilms, both of which are implicated in 65% to 80% of all human infections.4-6

The problem of genetically-based multidrug resistance mechanisms, such as up-regulation of drug efflux pumps and modification of cellular drug targets, has been recognized and studied for decades.

More recently, scientists and clinicians have realized that bacterial persistence within wounds is also significantly enhanced via formation of biofilms, which typically exhibit a 500- to 5000-fold increase in antibiotic tolerance compared with planktonic (free-floating) cultures.7,8 Biofilm-induced drug tolerance is mainly due to the presence of a dense extracellular matrix that encases the bacteria, functions as an impenetrable barrier against antimicrobials,9 creates a seeding source for recurrent infections, and dissemination throughout the host.10

Unfortunately, the emergence of multidrug resistance increasingly outpaces the discovery and development of new antibiotics,6 and there are no currently approved therapies that specifically target biofilms. A significant gap exists, therefore, for innovative therapies that are less prone to drug resistance and can overcome the challenges caused by the biofilm matrix.

One novel technology that addresses this treatment need involves the use of pulsed laser energy to disperse the biofilm matrix and, resultantly, remove the barrier to penetration of antibiotics to the bacterial cells residing within the biofilm. When combined with gold nanoparticles (GNPs) coated with anti-bacterial antibodies, the laser energy can be harnessed and localized to the area of the infection. This strategy takes advantage of the excellent energy-absorbing capacity of GNPs, the amenability of GNPs to functionalize with a wide range of targeting moieties, and the ability of lasers at specific wavelengths to deliver light energy to the GNPs.

Irradiation of GNPs bound to the surface of the bacteria with a nanosecond pulsed laser causes extremely rapid heating (photothermal effect) and, in some cases, vapor bubble formation followed by cooling, contraction, and generation of acoustic waves (optoacoustic effect) around the particles.11 These phenomena lead to thermal and mechanical damage to the extracellular matrix and bacteria and, ultimately, dispersal of the biofilm. Elicitation of these effects around the GNPs occurs on a nanosecond time scale, providing very rapid destruction of the biofilm. Because the underlying damage mechanisms are physical (thermal and mechanical) rather than chemical (antibiotic-based), development of resistance is less likely, and this therapy can be combined with traditional antibiotics for potentially additive or synergistic effects.

In addition, it has been hypothesized that use of very short laser pulses and targeted GNPs localizes the effects to the biofilm and, in this way, may minimize collateral host tissue damage.11 Other advantages of this therapy are that it involves the use of laser parameters currently employed in clinical practice, and that GNPs have demonstrated good biocompatibility during testing in clinical trials.12

Successful demonstration of the efficacy of this experimental technology against methicillin-resistant Staphylococcus aureus (MRSA) infections was recently presented by researchers from the Naval Medical Research Unit San Antonio at the ASM Microbe 2016 Conference held June 16-20, 2016, in Boston. GNP-targeted laser therapy was tested as a potential strategy to destroy and disperse biofilms using an in-vitro MRSA infection model. In this work, GNPs were first functionalized with antibodies specific for S. aureus peptidoglycan, a component of the bacterial cell wall.

MRSA biofilms were grown for 24 hours then pretreated with various concentrations of antibody-coated GNPs for 2 hours. Unattached GNPs were washed away, and the biofilms were then irradiated using a nanosecond pulsed laser with a wavelength of 532 nm. Following laser irradiation, a subset of biofilms was exposed to gentamycin for 24 hours. Samples were then analyzed by laser scanning confocal microscopy and colony-forming unit assays to determine the extent of biofilm dispersal and bacterial cell viability after treatment.

Data revealed that treatment of biofilms with GNP-assisted laser therapy alone or increasing concentrations of gentamycin alone for 24 hours resulted in a maximum reduction in bacterial cell viability of only 1-log compared with control samples. However, exposure of biofilms to combination therapy of GNP-targeted pulsed laser therapy followed by 24-hour gentamycin treatment led to a 4-log reduction in viable bacteria. Thus, combining the GNP-assisted laser therapy and antibiotic treatment led to a synergistic enhancement of effect against the MRSA biofilms. Notably, this 4-log reduction in the viability of the biofilms was similar to that observed for gentamycin alone against planktonic MRSA cultures, suggesting that the GNP-assisted laser therapy dispersed the biofilm to allow access of the antibiotic to act against the bacteria. Confocal microscopy images (Figure 1) clearly indicate a zone of damage and confirm that the GNP-targeted laser therapy dispersed the MRSA biofilms. Additionally, biofilms treated with pulsed laser irradiation alone or nontargeted (uncoated) GNPs plus laser exposure remained unaffected, with no significant reduction in biofilm biomass or cell viability compared with the control samples. This indicates the antibody targeting strategy does, in fact, lead to increased binding of GNPs and localization of pulsed laser energy to the biofilm.

The Centers for Disease Control and Prevention has determined that antimicrobial resistance, compounded by an ever waning number of antibiotics in the pharmaceutical pipeline, to be one of the main threats to public health.6 In the United States alone, approximately 2 million people contract hospital-acquired infections every year, resulting in 90,000; about 70% of the bacteria associated with these infections are antibiotic-resistant.5 In fact, multidrug-resistant infections cause more deaths per year than breast and colon cancer combined,6,13 and the annual cost for treatment of infection-related illnesses in the United States is estimated at $28 to $45 billion.14

The urgent need to address this health care crisis has helped drive the discovery of novel nanomaterial-based technologies with advanced capabilities for targeting and control of drug delivery, real-time monitoring of therapeutic outcomes, and phototherapeutic and photodiagnostic applications. In particular, leading-edge research from our laboratory and elsewhere15 demonstrates that exploiting the strong interactions between GNPs and lasers to destroy biofilms has the potential to enhance treatment of refractory infections and, thus, could have a significant positive impact on quality of life for patients and ease the economic burden on healthcare systems throughout the world.

GNP-targeted laser therapy would most likely find its greatest utility in eradicating cutaneous infections or debulking localized abscesses due to the current limitations in precise delivery of nanoparticles to deep tissues and sites without sufficient vasculature. It is anticipated that this therapy could improve debridement and removal of recalcitrant biofilms for synergistic enhancement of mainstay antibiotic treatments in chronic, recurrent wounds. Elderly, diabetic, and immunocompromised patients with serious nonhealing wounds that lead to significant morbidity and mortality may especially benefit.

Future development and refinement of the technique may also allow its application for removal of relatively accessible biofilm infections in the oral cavity, around catheters, and possibly on various types of abiotic surfaces. Other future innovations for advancing this therapy include use of longer-wavelength lasers in the near-infrared region for increased penetration into tissues, incorporation of broader spectrum GNP-targeting strategies to attack a wider range of pathogens, and development of multifunctional nanoparticles that would allow delivery of photothermal therapy in combination with antibiotics or anti-biofilm agents.

I am an employee of the US government. This work was prepared as part of my official duties. Title 17 U.S.C. §105 provides that “Copyright protection under this title is not available for any work of the United States Government.” Title 17 U.S.C. §101 defines a US government work as a work prepared by a military service member or employee of the US government as part of that person’s official duties. The views expressed in this article are those of the author and do not necessarily reflect the official policy or position of the Department of the Navy, Department of Defense, nor the US government. This work was funded by Naval Medical Research Center's Advanced Medical Development Program using work unit number G1025. 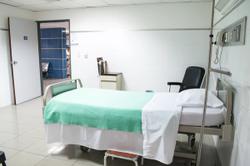 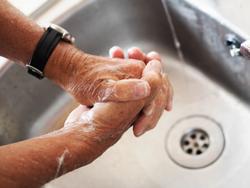