Individuals who take medications for conditions such as heartburn and gas may be opening themselves up for infections with Clostridium difficile (C. diff) and Campylobacter bacteria, according to a recent study published in the British Journal of Clinical Pharmacology.

This news is not new, as the US Food and Drug Administration warned of similar risks associated with proton pump inhibitors (PPIs) back in 2012.

In this new study, the researchers looked at approximately 565,000 adults, where over 188,000 “had been given at least one prescription for a PPI or H2 blocker; the rest had no prescription for the drugs.” The researchers found that “those on certain heartburn drugs had higher risks of infection with C. difficile and Campylobacter bacteria,” according to the press release on the study. The study results indicated that, “on average, people on the drugs were roughly four times more likely to develop a Campylobacter infection ... and were 70% more likely to be diagnosed with C. diff outside of a hospital.” In addition, “their odds of being diagnosed in the hospital were 42% higher.”

Although both infections can cause serious symptoms, C. diff infections have been rising and becoming particularly virulent in the United States. According to the Centers for Disease Control and Prevention (CDC), C. diff “was estimated to cause almost half a million infections in the United States in 2011, and 29,000 died within 30 days of the initial diagnosis.”

The press release indicates that the brand-name drugs reviewed in the study included the PPIs, Prilosec, Prevacid and Nexium, as well as the H2 blockers, Zantac, Pepcid and Tagamet. Because these medications suppress stomach acid production, the researchers suspected this makes individuals “more vulnerable to gastrointestinal infections.”

F. Paul (Tripp) Buckley, MD, surgical director of the Heartburn and Acid Reflux Center at the Scott & White Clinic in Round Rock, Texas, is quoted in the press release as saying, “This study offers more evidence that there's an association.” Although Dr. Buckley was not involved in the study, as a specialist he feels this study brings awareness to the fact that these drugs are not 100% safe. "There's still a myth that these drugs are benign," he said. "It's not true." Indeed, the long-terms use of PPIs can cause a myriad of conditions such as “nutrient deficiencies, bone loss, and heart attack.”

Although the study does not prove that these medications increase the risk of gastrointestinal infections, according to the researchers, it is a plausible connection because the medications suppress stomach acids and impact the balance between the good and bad bacteria in the gut.

However, David Bernstein, MD, chief of hepatology at Northwell Health in Manhasset, New York, who was not involved in the study, pointed out in the press release that infections with C. diff and Campylobacter occur irrespectively of the use of heartburn medications. “C. diff most often strikes people who are sick and on prolonged courses of antibiotics, and Campylobacter infections are foodborne—usually caused by eating raw or undercooked poultry, or foods contaminated by those products.”

Regardless, Dr. Bernstein advises that practitioners and patients should still be aware that these medications may add to the risk of these infections. 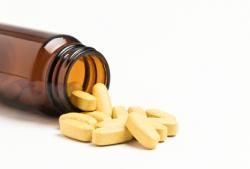