The study authors determined that COVID-19 patients with HIV were 38% more likely to die than those without HIV. 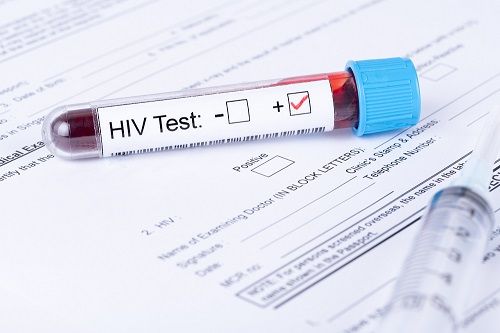 People living with HIV are at increased risk for severe COVID-19 at hospital admission and in-hospital mortality compared to those without HIV, according to a paper published in The Lancet.

Investigators from Switzerland used World Health Organization data from January 2020-July 2021 to determine whether people living with HIV with COVID-19 had increased odds of severe symptoms and in-hospital mortality compared to HIV-negative patients. The study authors noted that HIV patients have underlying immune issues that put them at risk for severe disease.

The investigators found that 93% of HIV-negative patients and 96% of HIV patients were admitted to hospitals with lab-confirmed COVID-19 cases. Patients with HIV were more likely to be female and younger than 45 years compared to those without HIV. The study authors also observed that at least 1 underlying condition was more frequent among those with HIV compared to those without. However, they wrote that conditions such as hypertension, neurological disorders, obesity, and diabetes were more frequent in patients that were HIV-negative.

For HIV patients, the most frequent COVID-19 symptoms were cough, fever, and shortness of breath, the study authors learned. They also observed more frequent use of corticosteroids and anticoagulants among HIV patients compared to those without HIV.

The study authors said that having asthma, chronic cardiac, pulmonary and neurological conditions, and being a current smoker did not differ significantly between the groups, but individuals who died in the hospital had higher proportions of diabetes, hypertension, tuberculosis, chronic kidney disease, and malignancies. Those patients with HIV who died were more likely to be admitted with severe or critical disease than those with mild to moderate disease.

“We found that underlying conditions are common and more frequent among people living with HIV than the general population,” the study authors concluded. “Alongside the response to COVID-19, it is thus critical to maintain access to essential health services for this vulnerable group.”