Hospitalizations and Drug Prescriptions in Patients Pre- and Post-Sepsis 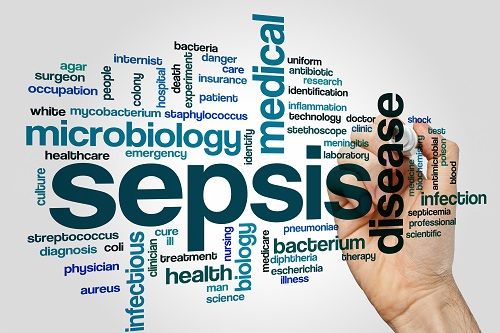 Sepsis is the body’s extreme autoimmune response to an infection. The US Centers for Disease Control and Prevention (CDC) reports that almost any infection can lead to sepsis, and 1 in 3 hospital mortalities result from sepsis.

New or recurrent infections and sepsis are the leading causes of rehospitalization after sepsis. One study, published in JAMA, wanted to examine whether patient-inherent risk factors increase the risk of severe recurrent infections. The investigators examined the change in infection-related hospitalizations and outpatients drug prescriptions in patients pre-sepsis versus post-sepsis.

The retrospective cohort study used the International Statistical Classification of Diseases and Related Health Problems, Tenth Revision, German Modification (ICD-10-GM) to identify inpatient sepsis cases. From January 1, 2013-December 31, 2014, the investigators identified German patients 15 years and older with no history of sepsis for at least 24 months prior to hospitalization. They analyzed hospitalizations and drug prescriptions in the 12 months pre-sepsis and post-sepsis.

Notably, the increase in hospitalization (from 22.5% to 54.6%) and infection-related hospitalization rates (from 6.4% to 31.4%) were highest in patients without preexisting medical, cognitive, or psychological impairments. Anti-infective prescriptions consistently increased across all subgroups, most significantly in survivors without preexisting impairments (16.7%).

The investigators concluded that many sepsis patients were at risk of severe infection pre-sepsis, likely owing to immune dysfunction. Patients without prior impairments and with low rated of pre-sepsis infection-related hospitalizations and drug prescriptions saw these rates increase significantly post-sepsis.