While COVID-19 may have impacted flu-like illness reporting, the CDC estimates there were between 24,000-62,000 related deaths this year. 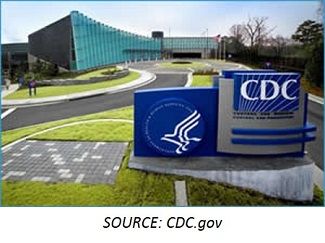 Preliminary data suggests there were an estimated 24,000-62,000 flu deaths for the 2019-20 influenza season, according to the US Centers for Disease Control and Prevention (CDC).

However, due to the novel coronavirus (COVID-19) pandemic, these numbers may be higher than normal for this time of year. The season-ending estimates for the flu may eventually be adjusted once complete and finalized data becomes available for the season, the CDC explained.

Their data also showed an estimate of between 39-56 million flu illnesses, 18-26 million medical flu visits, and between 410,000-740,000 flu hospitalizations. The week of April 4 was the last week of in-season reporting for flu data.

While the CDC does not know the exact number of flu illnesses, medical visits, hospitalizations, and deaths from flu each season, their weekly preliminary models provide a guide to extrapolating their data. The CDC uses a mathematical formula to estimate the flu burden in the US, based on approximately 8.5% of the population, or about 27 million people. This model has been in place since 2010.

Public health laboratory reports show that influenza A (H3) virus was prominent throughout all of the age groups, including patients aged 0-4 years, 5-24 years, 25-64 years, and 65 years or older.

Influenza A (H1N1) pdm09 was also prevalent, but occurred less frequently in those aged 0-4 years than other age brackets.

Influenza B (Victoria) spiked midseason, around the first week of January, while influenza B (Yamagata) saw its spike in late December. Both influenza B viruses infected more patients in the age 5-24 and age 25-64 brackets, though Yamagata had 16 cases of patients aged 0-4 years reported, according to the data.

By the end of May, the CDC models reported high activity in Wisconsin, but low and minimal activity in the rest of the country.

The World Health Organization (WHO) update stated that influenza activity appeared to be at lower levels at this point of 2020 than expected for this time of years. Specifically, for the northern hemisphere’s temperate zones, there was a sharp decline in flu activity in recent weeks.

The majority of flu detections were influenza A virus, according to the WHO. Hygiene and physical distancing measures practiced by health care workers in the fight against COVID-19 may have also played a role in disrupting flu virus transmission.

Just one of the influenza B viruses was related to the Yamagata linage, and zero were of the Victoria lineage, the WHO said.