How Does PrEP Affect Seroconversion After HIV is Acquired?

Due to concerns that the use of PrEP might hinder clinicians from detecting HIV in infected individuals or lead to the development of resistant strains of HIV, scientists studied how PrEP affects seroconversion after HIV is acquired. 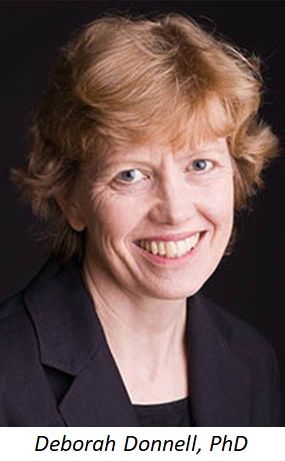 It’s well established that taking oral pre-exposure prophylaxis, or PrEP, greatly diminishes the chance that an individual will contract HIV; studies show that when taken correctly, the risk of HIV transmission can be reduced by 90%. Nevertheless, transmission occasionally happens even with the use of PrEP.

A team of researchers from the Fred Hutchinson Cancer Research Center in Seattle, the University of Washington, the Centers for Disease Control and Prevention, the University of Manitoba in Canada, and Indiana University set out to learn whether taking PrEP has any effect on the length of time it takes for HIV to first be detected in the blood, and how long it takes to progress to each of 6 stages that characterize the infection. Among the scientists’ concerns was whether the use of PrEP might hinder clinicians from detecting HIV in infected individuals or lead to the development of a strain of HIV that will be resistant to antiretroviral therapy (ART).

The team looked at 4,747 couples in Kenya and Uganda in which one partner was HIV-positive and the other, HIV-negative. Some participants took PrEP, and some took a placebo. During the time period studied, there were 138 seroconverters—individuals who went from HIV-negative to HIV-positive based on the results of monthly rapid HIV-1 tests.

The seroconverters who were taking PrEP did experience a delay in the detection of their HIV, although most infections were still diagnosed within 3 months, which the authors note falls within recommended guidelines of HIV testing frequency for individuals on PrEP. Although there was a statistically significant delay in infection progression only to the 5th of the 6 HIV stages, this delay was not caused by the development of an HIV strain resistant to ART.

“Our study suggests that people on PrEP who get infected may have a delay in detection of HIV infection,” lead author Deborah Donnell, PhD, a member of the Vaccine and Infectious Disease Division at the Fred Hutchinson Cancer Research Center, told Contagion®. “This would be a real concern if people with delays also had more resistance, making them harder to treat--but we did not find this. We do need to use highly sensitive rapid HIV-1 tests in patients using PrEP so that delays in developing a fully antibody response will not delay detection of HIV-1 infection. We also found that PrEP suppressed viral load during seroconversion: Like an early treatment intervention, this may ultimately be good for the patient.”

Any individual receiving a diagnosis of HIV should begin ART as soon as possible in order to achieve the best possible outcome, according to experts, which is why avoiding delays in diagnosis is so crucial.

The World Health Organization’s 2015 recommendation that PrEP be part of preventive techniques for individuals at risk for HIV has led to more widespread global use. “It is so encouraging to see the beginning of PrEP scale-up in people at risk for HIV in the United States and globally because we know there is a huge potential benefit for PrEP in preventing HIV infection,” Dr. Donnell told Contagion®.

At this week’s meeting of the International AIDS Society, scientists from the National Institutes of Health’s National Institute of Allergy and Infectious Disease division announced that studies had found both oral PrEP and a vaginal ring that secretes an anti-HIV drug safe and effective for use in teens younger than 18. As adolescents make up an increasing share of HIV diagnoses worldwide, these findings are an important step toward controlling and, hopefully, eradicating HIV.