The HPV vaccine is incredibly important in preventing certain cancers and a new study sought to address the safety concerns for vaccine refusal in a national immunization survey for teenagers.

While we’re focused on COVID-19, there are various other health issues that continue to require our attention. One in particular is HPV or human papillomavirus (HPV), which is the most common sexually transmitted infection (STI) in the United States. In many ways though, the lessons from other diseases, like vaccine hesitancy, can help us with our response to COVID-19.

The Centers for Disease Control and Prevention (CDC) reports that prevalence for any and high-risk HPV is higher in men than women and during 2011-2014, prevalence of any HPV in the United States was 7.3%.

From 2008 to 2013, mothers who were college graduates had rates of reporting safety concerns or adverse effects comparable with those among mothers with less than 12 years of education.” There was however a significant increase in those safety concerns reported as the main reason for refusing the vaccine by mothers with college degrees when compared to those with less than 12 years of education.

Ultimately, this study emphasizes that the concerns for the safety of vaccines has increased and that there is a desperate need to promote HPV vaccine safety as a strategy for addressing the disease and resulting cancers. 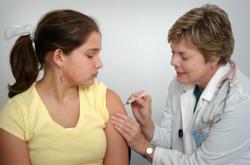 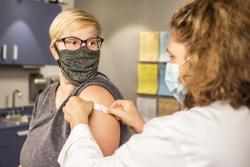