Sadly, hepatitis is almost always in the news as the disease, in its various forms, continues to affect communities around the world.

Whether it’s a food-related outbreak of hepatitis A in Kentucky or a case cluster in Nashville, Tennessee linked with injection drug users and/or men who have sex with men, or if it’s concerns regarding the costs of caring for at-risk populations with hepatitis C, the disease is practically ubiquitous in the headlines. With World Hepatitis Day approaching on July 28, 2018, it’s important to consider the approximately 300 million people worldwide who have viral hepatitis but don’t know it.

The World Hepatitis Alliance, a collection of advocacy organizations that coordinates the annual event, describes these unaware victims as “the missing millions.” One of the biggest demographics among the “missing millions” are members of the so-called Baby Boomer generation in the United States. For years now, the US Centers for Disease Control and Prevention (CDC) has recommended that all Americans born between 1945 and 1965 undergo testing for hepatitis C, as data suggests they are roughly 5 times more likely to have the virus than other adults. The reason: The virus was not fully eradicated from US blood supplies until 1992; thus, anyone who received a transfusion prior to that time is at risk.

Yet, despite this well-documented risk, and well-promoted recommendation, there is research that suggests the vast majority of "Boomers” aren’t screened for hepatitis C. In fact, a study published in the July 2017 issue of the American Journal of Preventive Medicine found that of the estimated 76.2 million Baby Boomers in the United States in 2015, only 10.5 million had been tested for the virus.

Another group that has largely gone undiagnosed and, therefore, untreated, are injection drug users. Research out of the University of New South Wales in Sydney, Australia suggests that, worldwide, nearly 40% of those who have injected drugs within the past 12 months are currently living with hepatitis C. The findings were published on July 23 in the journal Addiction, and they are particularly alarming given that the so-called opioid epidemic in the United States has been linked with outbreaks of hepatitis A and C across the country.

“The availability of simple hepatitis C therapies with cure rates greater than 90%, is one of the most exciting advances in medicine in recent decades,” Addiction study co-author Jason Grebely, PhD, associate professor, Kirby Institute, University of New South Wales said in a statement issued by the school. “Importantly, recent research from the Kirby Institute has shown that these therapies are very effective at curing hepatitis C among people who have recently injected drugs. We need to expand hepatitis C prevention, testing, and treatment strategies among people who inject drugs in order to achieve global hepatitis C elimination.”

Of course, the challenge is getting this at-risk population into treatment in the first place. And, as long as they go undiagnosed and untreated, all individuals with hepatitis, whether they are Baby Boomers or drug users, risk severe health problems and possible transmission to others.

What makes findings such as these so tragic, though, is that all forms of hepatitis are essentially manageable. The treatments described by Dr. Grebely, for example, work equally well on all individuals with hepatitis C, not just those with a history of injection drug use. And, there are vaccines available for hepatitis A and B. In fact, in response to opioid use-related outbreaks of hepatitis A in the state, school children in Kentucky are now required to receive the vaccine for the virus, according to published reports. Similarly, in Nashville, which has had 56 confirmed cases of hepatitis A in recent months, public health officials are conducting screening and vaccination programs across the city.

It remains to be seen if such efforts will reduce the ranks of the “missing millions.” 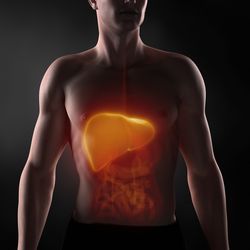