Most of the discussion around fecal microbiota transplantation has focused on bacterial communities, but new advances have shed more light on the role of the virome. 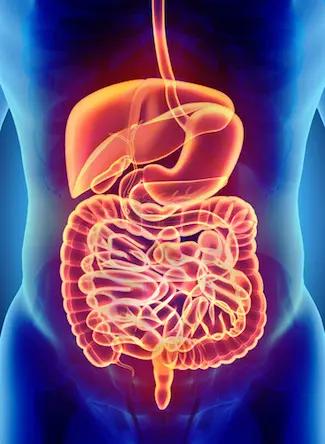 The theory is well-established: Patients with gut dysbiosis are at a higher risk of recurrent C diff infection. Transplanting a fecal sample from a patient with a healthy gut bacterial community can remediate the patient’s dysbiosis and reduce the risk of infection recurrence. The science is gaining momentum, but Glenn Tillotson, PhD, FIDSA, FCCP, said there is one key consideration with FMT that often gets ignored. There’s more than just bacteria in the gut.

“Bacteria are important, but a donative fecal sample is not just bacteria,” Tillotson said.

While significant energy has been spent understanding the bacteriome and its role in dysbiosis, he said the same is less true for the virome—the complex, heterogeneous collection of viruses present in the gut and in the body as a whole.

“We've all gotten interested in the bacteria,” he said. “We should not ignore the viruses,” he said.

Tillotson, a consultant to the pharmaceutical and health sciences industries, has spent a considerable portion of his career studying C diff and FMT. While he is a fan of FMT and its potential, he also argues that an approach that only considers the bacteriome is insufficient. Bacteria, but also viruses and even fungi are also interacting in patients’ guts, and he argues a more holistic view of dysbiosis will yield better, more reliable results.

Tillotson is not alone. Last summer, investigators Guanxiang Liang, PhD, and Frederic Bushman, PhD, of the University of Pennsylvania, published a piece in Nature Reviews Microbiology calling for more attention to be paid to the virome.

They said the technology now exists to better understand and explore the human virome, but they said there is a considerable amount of work yet to be done.1

“Despite increasing focus, it remains the case that the majority of sequence data in a typical virome study remain unidentified, highlighting the extent of unexplored viral ‘dark matter,’” they wrote. “Nevertheless, it is now clear that viral community states can be associated with adverse outcomes for the human host, whereas other states are characteristic of health.”

Tillotson noted that the COVID-19 pandemic has brought to the forefront safety concerns with FMT associated with the potential to accidentally transfer harmful organisms into a recipient’s microbiome. FMT samples are screened in order to ensure harmful viruses like SARS-CoV-2 are not present in the donated samples, but Tillotson said the resulting transplant still has plenty of other viruses in it.

“There is still going to be within (the sample) a very large component of viruses,” he said. “The process of screening these donor biological samples doesn't exclude viruses but will only detect adverse deleterious viruses.”

Tillotson and others got a window into the complex interplay in FMT with a recent paper published in the journal Gastroenterology, in which corresponding author Satoshi Uematsu, MD, PhD, of Osaka City University Graduate School of Medicine, and colleagues performed metagenomic sequencing on the bacteriomes and viromes of 9 patients who had undergone FMT to treat recurrent C diff infection. They concluded that their research provides new fundamental information about how FMT affects donor recipients.2

“Our data show that FMT changes the intestinal microflora to resemble more closely that of the physiological healthy state by systemically affecting both the bacteriome and virome of the recipients,” Uematsu and colleagues wrote.

However, they also added that a more detailed analysis of post-transplant viromes and bacteriomes will be necessary to determine how best to optimize the procedure.

Tilottson said the study is a positive step forward, and one he hopes portends a broader mindset among FMT and C diff investigators going forward.

“I think now, we know more about the virome, I think it's time to actually start looking at this milieu of microbiomes such as bacteria and viruses, and how they can potentially work together to enhance a clinical outcome,” he said.

Tillotson said one clear lesson of biology is that nothing sits in a silo. That’s especially true for the microbiome.

“It's something to to make people think that the management of C diff should not be purely bacterial,” he said. “It should be more broad based.”