In April, the US Food and Drug Administration (FDA) approved dolutegravir plus lamivudine as a complete 2-drug regimen for treatment naïve adults with HIV-1.

In April, the US Food and Drug Administration (FDA) approved dolutegravir plus lamivudine (Dovato) as a complete 2-drug regimen for treatment naïve adults with HIV-1. 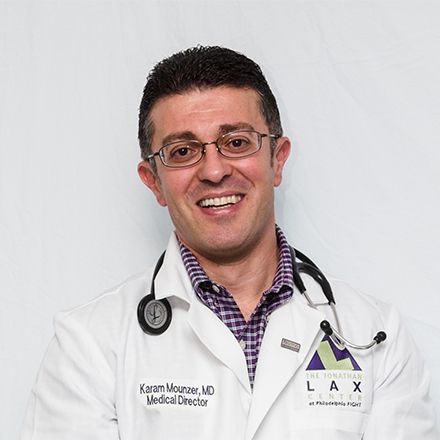 Contagion® discussed the approval with Karam Mounzer, MD, chief medical officer of Philadelphia FIGHT and clinical professor of medicine at Perelman School of Medicine at the University of Pennsylvania.

Contagion®: Can you explain the makeup and mechanism of action of dolutegravir/lamivudine?

Karam Mounzer, MD: Dolutegravir/lamivudine is a single-tablet, 2-drug regimen that combines a second-generation integrase strand transfer inhibitor [INSTI], dolutegravir [0 mg], with the nucleoside analogue reverse transcriptase inhibitor [NRTI] lamivudine [300 mg]. The combination of these 2 drugs blocks the life cycle of HIV-1 virus at 2 critical sites. Lamivudine inhibits the reverse transcriptase, which is a critical step in converting viral RNA into a proviral DNA and essentially stops the virus from replicating, and dolutegravir’s mechanism of action is to prevent HIV integrase from incorporating proviral DNA into the human host cell.

Contagion®: What evidence supports the efficacy of this 2-drug regimen for treating HIV in treatment-naïve patients?

Karam Mounzer, MD: Subsequently, the ongoing GEMINI 1 and 2 studies were launched in July 2016. These are 2 phase 3, international, multicenter, double-blinded studies, in which 1433 ART [antiretroviral therapy]—naïve patients were randomized to DGV versus a 3-drug regimen of DGV [dolutegravir]/FTC [emtricitabine]/TDF [tenofovir disoproxil fumarate]. The primary end point analysis demonstrated the noninferior efficacy of the 2-D [2-drug] regimen compared with the 3-D [3-drug] regimen at 48 weeks (91% vs 93%). That high rate of viral suppression was sustained through 96 weeks of follow-up (86% vs 89.5%). Another finding of paramount importance is that none of the patients who had a confirmed virologic failure [n = 11, 2-D arm] developed any NRTI or INSTI mutations through week 96. Noteworthy, patient’s selection at baseline excluded individuals with any major resistance to the NRTI, NNRTI [non-NRTI], and PI [protease inhibitor] classes. Overall, patients treated with the 2-D regimen had a more favorable safety profile, reflected by a better impact on estimated renal filtration rate and bone mineral density measured by biomarkers, but the lipid changes favored the 3-D regimen. Both regimens were well tolerated, and these ongoing studies will follow patients through week 144 in an open-label manner.

In addition, several post hoc analyses revealed the rate and magnitude of viral decline to be identical between the 2-D and 3-D regimens, even in people with pretreatment viral loads up to 500,000 copies. Some of these studies have suggested that the level of residual viremia measured by an ultrasensitive assay and the frequency of viral blips post suppression were similar between a 2-D and a 3-D regimen.

Contagion®: What benefits can a 2-drug HIV treatment regimen offer patients and clinicians?

Karam Mounzer, MD: Since the advent of ART, clinicians, patients, patient advocates, scientists, researchers, and other stakeholders have been striving to develop the ideal regimen for patient living with HIV. This is the simplest, most potent, best tolerated, least toxic regimen that has no drug—drug or drug–comorbidities interactions and a regimen that is extremely forgiving.

By definition, a 2-D regimen eliminates a full drug from the equation; that is, a full exposure, which over a life span can translate to a significantly lower cumulative toxicity. In the case of the TDF-sparing 2-drug regimen, nephrotoxicity and bone mineral density demise will be significantly lower. Both of these favorable outcomes are attractive in our aging patient population, which is at higher at risk of developing renal insufficiency and fragility fractures. This benefit is somewhat flattened by the favorable lipid profile associated with a TDF-based regimen. Another advantage of a 2-drug regimen is reducing the likelihood of drug—drug interactions and the subsequent clinical implications.

Finally, the favorable cost-effectiveness of a 2-D regimen such as DGV/3TC may lead to substantial savings that can be channeled to scale up treatment to more individuals living with HIV worldwide and support preventive measures [pre-exposure prophylaxis, test, and treat] that will help curtail the HIV epidemic.