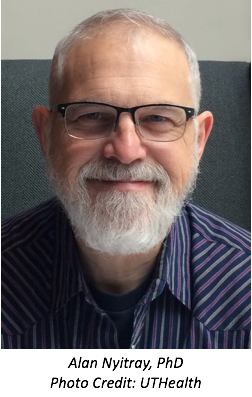 A study conducted by researchers from the University of Texas Health Science Center at Houston (UTHealth) has yielded unsettling findings—male virgins are still at risk for acquiring human papillomavirus (HPV), an incredibly common and highly contagious virus that plagues around 80 million individuals in the United States alone.

The Centers for Disease Control and Prevention (CDC) reports that about 1 in 4 individuals in the United States are infected with HPV, making it the most common sexually transmitted infection. However, research has found that females can acquire the infection without having had engaged in penetrative sexual intercourse.

“Several studies have found HPV in the genital tract of female virgins with prevalence ranging from 0% to 51% (although the definition of a virgin was not always consistent between studies),” Alan Nyitray, PhD, assistant professor at UTHealth School of Public Health told Contagion ®. “Authors of these studies suggested that non-penile penetrative sex like finger-vulvar or finger-vaginal sex might play a role in the infections. Also, HPV-associated anogenital warts are sometimes found in virgins.” However, there are also some studies that have assessed HPV in female virgins and failed to detect the virus, he admitted.

UTHealth investigators previously conducted a systematic review which showed that HPV was detectable almost routinely outside of the context of sexual intercourse. They then decided to examine if the virus was detectable in male virgins and found that the prevalence of any HPV type detectable among 88 male virgins was 25%.

In the new study, Dr. Nyitray and his team sought to determine just how often this occurred and how HPV acquisition among male virgins compared with male non-virgins.

A total of 87 male virgins, aged 18 to 70, from Brazil, Mexico, and the United States were enrolled in the study. Participants met with the investigators every 6 months for up to 10 visits between 2005 and 2009.

The findings? According to the press release on the study, some of the participants who did not engage in penetrative sexual intercourse during the research period still acquired HPV; however, they acquired the virus at half the rate of those who began having sexual intercourse during the research period. The researchers postulate that they may have acquired the virus through engaging in non-penetrative sexual behaviors such as hand-to-genital or genital-to-genital contact.

“A substantial proportion of male virgins acquire genital HPV infection soon after beginning penetrative sexual behavior and the rate of acquisition is comparable to that seen in females,” Dr. Nyitray said.

Because HPV has been linked with several different types of cancers, preventing infection in the first place is important. The best way to prevent HPV infection is through vaccination; however, HPV vaccination is often considered just in the context of sexual behavior, and, according to Dr. Nyitray, this study highlights that vaccination should be considered before an individual even considers engaging in sexual intercourse.