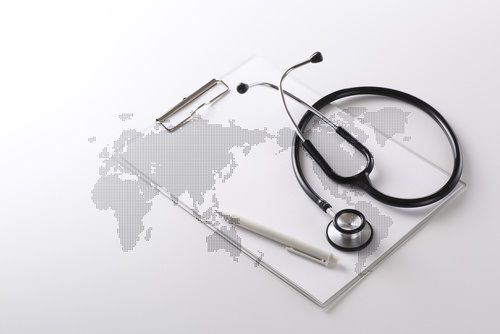 Still, not everyone is comfortable with characterizing the fluctuations in case figures in various geographic areas as “waves”—particularly given that it’s unclear whether the United States, which, as of this writing, has more than 5.5 million confirmed cases of COVID-19 infection, is in the first or second wave of the pandemic.

“I don’t like this first wave, second wave language because I think it suggests to people that there’s a certain coordinated behavior of the epidemic, which implies that you can relax [measures to contain it] sometimes,” Sarah Fortune, MD, John LaPorte Given Professor of Immunology and Infectious Diseases and chair of the Department of Immunology and Infectious Diseases, Harvard TH Chan School of Public Health, told reporters recently.

“The way this epidemic is playing out across the United States is very, very local,” she added.

Her view, it seems, is supported by the findings of a new analysis published on August 17 by JAMA Network Open. Using data on COVID-19 cases and deaths recorded between February 29 and July 2 obtained from Worldometer, they identified “oscillatory patterns” in daily case and death totals—with a “periodicity” (or interval) of approximately 1 week for the US, Germany, Canada, Italy, Brazil and the United Kingdom.

The data from Germany, for example, show what the authors of the analysis describe as “dampened oscillations” (defined as “decreasing amplitude with time”) for both newly reported cases and deaths in the country, with a -92% change in the peak-to-peak oscillatory pattern in daily reported deaths in between April and July. This, they write, may indicate “a substantial decay” in the spread of the virus at that time.

Conversely, the data from the US show no sign of dampening oscillation, with just a -43% change in the peak-to-peak oscillatory pattern in the daily reported deaths in the 50 states between April and July. This indicates that the US was still not at the decaying phase of virus spread in early July, the authors say, a finding perhaps highlighted by the growing case counts across the country last month.

"In the US, they observed a 2-day “lag” between new cases and deaths, which could be a sign of “potential delays in the COVID testing,” study co-author Sheraz Khan, PhD, assistant professor, Harvard Medical School, told Contagion®.

“Importantly, these delays might cause further spread of the virus,” he said.

An in-depth exploration of this periodicity in COVID-19 cases and deaths could lead to improved COVID-19 predictions and understanding of the transmission of the disease, according to Dr. Khan. Which would obviously be particularly helpful as the US continues to gradually reopen.

“While the pandemic phase—growth and decline&mdash;is dissimilar across nations, a closer look reveals an astounding pattern of oscillations with a periodicity of approximately a week in the daily reported new cases and deaths,” he said. “These oscillations should be accounted for in the estimation of the effective reproduction number R(t).”