Outbreaks in countries with high vaccine uptake prompted reassessment of the immunogenicity and persistence of trivalent measles, mumps and rubella vaccine 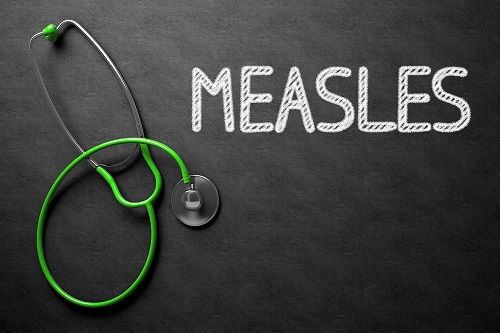 The outbreaks of measles and other vaccine-preventable diseases in countries with high vaccine uptake prompted investigators to reassess the level and duration of immunity conferred from trivalent vaccines for measles, mumps and rubella (MMR).

"In the Americas, measles elimination was declared in 2016, but recent outbreaks have raised concerns about the sustainability of elimination," observe lead author Julie Schenk, a graduate student at Data Science Institute, I-BioStat, Hasselt University, Diepenbeek, Belgium, and colleagues, in their systematic review and meta-analysis of studies quantifying the seroconversion and waning rates for MMR.

Schenk and colleagues anticipated the relatively small proportion of cases arising from primary vaccine failure--the lack of seroconversion or adaptive immune response after vaccination--compared to secondary vaccine failure from the waning of immunity over time. They also attributed the growth of "vaccine hesitancy" in the general public, particularly in the last decade, for confounding vaccination efforts.

With the current WHO 2020 measles and rubella elimination target now considered to be unattainable, Schenk and colleagues anticipate that it will be revised, perhaps with a schema proposed earlier in Europe that provides for phased measles elimination and distinguishes between regions depending on progress toward elimination.

The investigators indicate that vaccine efficacy and effectiveness--influenced by primary and secondary vaccine failure-- are essential factors in formulating immunization policy. They suggest that their study could inform how MMR vaccination schedules are adapted and what level of vaccination coverage should be targeted to prevent resurgence of these diseases.

Schenk and colleagues identified a total of 62 studies, including 50 for MMR immunogenicity and 12 for MMR persistence. Among studies excluded from the meta-analysis were those using a tetravalent vaccine with varicella (MMRV), separate monovalent or bivalent vaccines, and when MMR was co-administered with other vaccines.

In projection analysis, the investigators calculated that after 35 years, for example, the proportion of vaccinated individuals who would became seronegative would be about 30% for measles, 65% for mumps, and 35% for rubella. The relatively lower persistence of mumps immunity over time has led others to study possible differences between strains used in the vaccines. From these, the WHO recommended against the use of vaccines containing the Rubini strain.

"Several studies found a higher attack rate with increasing time since vaccination," Schenk and colleagues point out, "indicating that waning most likely has a role in the current mumps outbreaks."

Schenk and colleagues suspect that rubella has probably been better controlled than either mumps or measles due to its relatively low transmissibility, in addition to the high seroconversion rate. With the exception of a recent outbreak in Poland, which has historically low vaccination coverage, they do not attribute any rubella outbreak to primary or secondary vaccine failure.

With the high infectivity of measles, the investigators point out that there is a need for very high and homogeneous immunity levels. They note that most individuals contracting measles in the US have incomplete or unknown MMR vaccination status. Although waning of vaccine-induced immunity for measles was identified in their meta-analysis, Schenk and colleagues found no evidence that waning has a major role in the observed measles outbreaks worldwide.

"The absence of measles herd immunity is mostly due to missing vaccination goals," the investigators report.