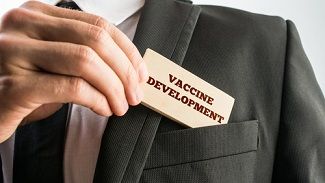 Although investment prospectuses warn that past performance is no guarantee of future results, the reportedly high number of Americans concerned about the safety of vaccines in development against COVID-19 may take some comfort from a study of postmarketing experience which finds that FDA approved vaccines have been safe in large and varied populations.

Daniel Shepshelovich, MD, Sackler School of Medicine, Tel-Aviv University, Tel-Aviv, Israel and colleagues conducted the study of prevalence and characteristics of safety-related changes to FDA approved labeling for vaccines marketed in the 20-year period between 1996 and 2015.

"Most of the data were acquired from the FDA directly through a Freedom of Information Act (FOIA) inquiry," Shepshelovich explained. "We show that during this long period of time, the aggregation of hundreds of thousands of reports from the public and healthcare professionals to the FDA's Vaccine Adverse Event Reporting System (VAERS) following hundreds of millions of administered vaccines have not resulted in the identification of clinically important safety data.

"This supports the quality and thoroughness of the FDA's mechanism for the approval of new vaccines," he said.

The investigators examined postmarketing surveillance reports and labeling changes for the 57 vaccines approved during the 2 decade study period. The most common vaccine indication was seasonal influenza (n=21 [37%]), followed by combinations of vaccines for diptheria, tetanus, pertussis, poliomyelitis, Haemophilus influenzae type b, hepatitis B and hepatitis A (n=16 [28%]); meningococcus (n=5 [9%]); human papillomavirus (n=3 [5%]); and rotavirus (n=3 [5%]).

The most common issue to prompt a safety modification was expansion of population restrictions (n=21 [36%]) to such groups as immunocompromised patients, those with specific preexisting medical conditions, premature infants, and pregnant women. Thirteen (22%) safety modifications were due to allergy, most often to latex-containing packaging.

"This report is the most comprehensive study of postmarketing vaccine safety published, and it shows that vaccines are remarkably safe, and that the current vaccine approval and postmarketing surveillance processes are robust and effective," Shepshelovich commented.

In a recently published preliminary report of an open label, dose-escalation trial of the mRNA vaccine in development from Moderna, the most common adverse events included fatigue, chills, headache, myalgia and pain at the injection site. Systemic adverse events were more common after the second vaccination, particularly with the highest dose.

In a statement released from Kaiser Permanente, Seattle, Washington, one of 87 trial locations for the vaccine in the US, it was announced that study population will expand to include older participants at the Seattle site, as well as at Emory University in Atlanta, Georgia and the NIAID Vaccine Research Center clinic at the NIH Clinical Center in Bethesda, MD.