About 65% of patients with metronidazole-resistant recurrent C difficile infection benefitted from taking rifaximin. 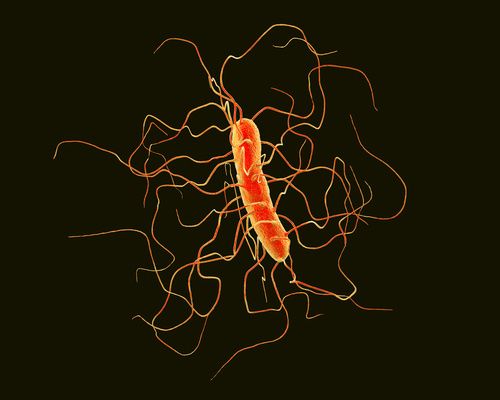 Patients with recurrent Clostridium difficile infection (CDI) who have not responded to metronidazole may benefit from therapy with rifaximin, according to a new report.

The study, which was based on a cohort of 200 patients, suggests rifaximin works best in patients whose diarrhea has had a duration of less than 3 weeks. The study was published in the journal Cureus.

Corresponding author Kiran Abbas, MD, of the Jinnah Postgraduate Medical Center, in Pakistan, and colleagues, noted that both the incidence and severity of CDI has been increasing globally, largely due to an increase in drug-resistant strains of C difficile. Metronidazole is one of the drugs historically used to treat CDI, but the investigators said the drug is facing higher rates of therapy failure, potentially due to increased bacterial resistance. Even when the drug does work, as many as 1 in 4 patients treated with oral metronidazole or oral vancomycin experience recurrence, and the rate of recurrence is even higher for subsequent rounds of treatment, they noted.

Abbas and colleagues wrote that they wanted to understand what impact the antibiotic rifaximin might have on patients who were no longer benefiting from metronidazole.

“This drug has been used to counter the recurrence rate of CDI and the results have been enlightening,” Abbas and colleagues wrote. “Rifaximin has also played a role in alleviating the risk of hepatic encephalopathy in patients with decompensated liver disease and even for Crohn's disease.”

However, there is a relative dearth of scientific literature related to rifaximin for recurrent CDI, the authors said.

In the new study, Abbas and colleagues recruited 200 patients who had developed diarrhea following a 7-day course of antibiotics, had a positive C difficile stool test, and had been unresponsive to metronidazole.

The patients had a mean age of 45.41 years and had roughly numbers of males and females. The investigators divided the group into 2 cohorts. Patients in the first group were given rifaximin at a dose of 200 mg 3 times per day for 10 days. The other group acted as a control group and was not given a new treatment. The primary endpoints were resolution of diarrhea after 2 weeks of therapy and a negative stool test.

The data showed that rifaximin was effective in about two-thirds (65%) of cases. When analyzing the data to identify factors associated with therapeutic success, the investigators found that age or gender did not matter, but the duration of diarrhea did. Patients whose diarrhea had lasted less than 3 weeks had a success rate of 70.5%, while those with less than 3 weeks of diarrhea had a treatment success rate of 55.3%.

However, the authors said the sample size was too small to more thoroughly consider other factors that might be associated with rifaximin’s success.

Even though rifaximin appeared to lead to promising results, Abbas and colleagues also noted that the potential development of resistance to rifaximin is a concern.

“This is attributed to genetic mutations in the beta subunit of ribonucleic acid (RNA) polymerase,” they wrote. “However, extensive research is required to explore the factors associated with rifaximin resistance to develop strategies to mitigate the process.”

They concluded that future, larger studies should be conducted to validate their results in this patient population.