As antimicrobial therapies become less effective, more people are at risk for infections that can progress to sepsis. 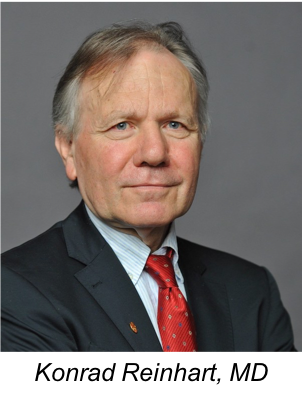 Sepsis is a life-threatening condition caused by the body’s extreme response to an infection. Annually, 30 million people worldwide acquire sepsis and an estimated 6 million people die from the condition.1 For those who survive, ongoing complications can include physical and cognitive disabilities, organ dysfunction, impaired quality of life, and risk for future infection.

Despite its high incidence and mortality, sepsis often is not recorded as the cause of death. Until recently, there were not even clinical criteria to clearly define it.

Recent initiatives aimed at improving sepsis awareness were designed to reduce the burden of sepsis. These include:

The public and private sector are encouraged to join, via the website, www.antimicrobialresistancefighters.org, and become Resistance Fighters sharing professional expertise to ignite action including innovation for change.

What Else Can Be Done to Reduce Global Sepsis Deaths?

Prevention is the first step in stopping sepsis. National immunization programs are urgently needed, as many vaccine-preventable diseases contribute to sepsis in adults and children. Other preventive measures include clean childbirth practices, improvements in sanitation, nutrition, and delivery of clean water, especially in resource-poor communities. Improved diagnostics can also help clinicians identify the source of infection and target antimicrobial therapy so that it is most effective.

Without prompt recognition and treatment, sepsis can progress to septic shock, organ failure and death. The majority of sepsis deaths can be prevented with rapid diagnosis and treatment.3

Integrated approaches to preventing and managing sepsis are greatly needed through the following efforts:

I applaud these efforts to reduce the global health burden of sepsis. Increased awareness of sepsis and antimicrobial resistance must continue if we are to save lives.