Company is working towards full Food and Drug Administration approval in the coming months. 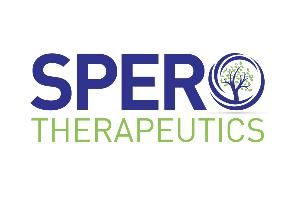 In 1 study conducted in 2019, it was estimated that there are nearly 2.9 million complicated Urinary Tract Infection (cUTI) cases in the United States annually. And in one report performed by The Center for Disease Dynamics, Economics & Policy the most commonly used oral class of antibiotics for UTI, fluoroquinolones, were experiencing resistance at up to 35% in E. coli.

With that in the background, pharmaceutical companies have been working towards developing new antibiotics to address cUTI treatment challenges. Spero Therapeutics cUTI Oral Therapy, tebipenem pivoxil hydrobromid(Tebipenem HBr) announced its phase 3 study was published in the New England Journal of Medicine yesterday.

The company announced its topline results last year, and this global, randomized, placebo-controlled phase 3 trial, ADAPT-PO, was involved in a head-to-head comparison of tebipenem with ertapenem and the first study to compare an all-oral treatment with an all-IV treatment.

“ADAPT-PO was a landmark trial that is the first phase 3 head-to-head comparison of an all-oral versus all-IV treatment regimen in cUTI or acute pyelonephritis,” said Angela Talley, MD, senior vice president, Clinical Development at Spero Therapeutics, and senior author of the NEJM paper.

Trial Parameters and Results
The study included 1372 patients who were randomized (1:1) to receive tebipenem (600 mg) orally every 8 hours, or ertapenem (1 g) IV administered every 24 hours, for a total of 7 to 10 days. Data from the trial demonstrated that tebipenem HBr was statistically non-inferior to IV ertapenem in the treatment of patients with cUTI and patients with AP.

“Clinical cure at the test-of-cure visit was observed in 93.1% of the patients in the microbiologic intention-to-treat population who received tebipenem pivoxil hydrobromide and 93.6% of patients who received ertapenem (weighted difference, −0.6 percentage point; 95% CI, −4.0 to 2.8); the majority of patients with microbiologic response failures at the test-of-cure visit were asymptomatic patients with recurrent bacteriuria. Secondary and subgroup analyses were supportive of the primary analysis,” the investigators reported.

Tebipenem also was well tolerated, with treatment-emergent adverse events in 25.7% of patients compared with 25.6% of those receiving ertapenem. Most such events were mild and included diarrhea and headache.

Last October, Spero filed a New Drug Application (NDA) for tebipenem with the Food and Drug Administration (FDA). The application is currently under review and the FDA has had a recent discussion with the company. Specifically, FDA identified deficiencies that precluded discussion of labeling and post-marketing requirements/commitments at that time (end of March). The FDA stated that the notification did not reflect a final decision on the information under review. Spero said it intends to work with the FDA to seek to resolve the deficiencies expeditiously.

“We continue to have an active dialogue with the FDA,” Spero CEO Ankit Mahadevia, MD, said. “We are focused on doing everything we can to address the deficiencies and, given how early in the review period the labeling discussions were originally scheduled, we believe there would be sufficient time to progress to labeling discussions within the existing PDUFA timeframe. However, we do not yet know the effect of this notification, if any, on our anticipated timelines or on the ultimate approval prospects of tebipenem HBr.”

The company has a review meeting with the FDA later this spring and expects to provide an update before their earnings call in May. The therapy’s Prescription Drug User Fee Act (PDUFA) date is scheduled for June 27.