“Higher-quality” evaluations of these technologies are “urgently needed,” researchers say. 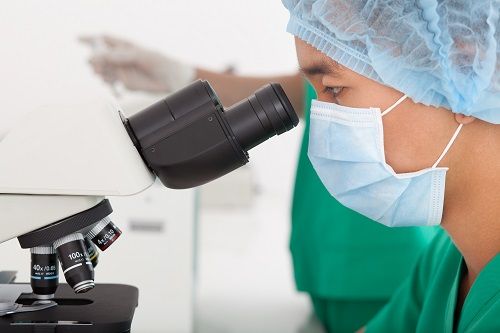 As the COVID-19 pandemic rages on, researchers want to know about immunity.

The basic questions: Who has it? And: How long do they have it?

Of course, they key measure for these questions is serum antibody titers. Unfortunately, although there are several antibody testing platforms available, they each have varying levels of accuracy—and studies designed to assess their accuracy, at least to date, have had several limitations.

That was the essential conclusion of a meta-analysis performed by an international team of researchers and published in July in The BMJ. The authors reviewed more than 5,000 studies. And ultimately included just 40 in their analysis. As part of their work, they conducted 49 risk of bias assessments—for each population and method evaluated in the studies&mdash;and found “high or unclear risk of bias” in 98% and evidence of bias on the interpretation of the serological test in 73%.

Notably, just 4 of the 40 of the studies included outpatients, and only 2 studies evaluated tests at the point of care.

Meanwhile, pooled specificities for all platforms ranged from 96.6% to 99.7%. Of the samples used to assess specificity in the included studies, 83% were from populations tested prior to the start of the pandemic or that included participants who were not suspected of having COVID-19. Among the LFIAs evaluated in the included studies, pooled sensitivity of commercial kits (65.0%; range from 49.0% to 78.2%) was lower than that of non-commercial tests (88.2%; range from 83.6% to 91.3%).

Like their counterparts in the BMJ team, they found a “wide variation” in the performance of the different platforms, with specificity ranging from 82% to 100% and overall sensitivity from 60.9% to 87.3%. However, in head-to-head comparisons on identical sample sets, they also observed that performance is “highly dependent” on the time of sampling, with sensitivities of over 95% seen in several tests when assessing samples from more than 20 days post onset of symptoms.

“Although [in general] LFIAs lack the semi-quantitative information provided by ELISA tests, they have a clear utility advantage over ELISA or [CLIA]-based technologies,” the PLOS Pathogens team noted. “Shortlisted tests, combined with confirmatory reflex testing using our in-house ELISA, are now being taken forward into extended validations as part of a pilot clinical service at [our hospitals]. These incremental steps keeping different technologies in scope, whilst multiple different use-cases are still being defined, will help determine the clinical utility and cost-effectiveness of COVID-19 serological testing in healthcare settings both in the hospital and the community.”

The world anxiously awaits the results of these and similar evaluations.