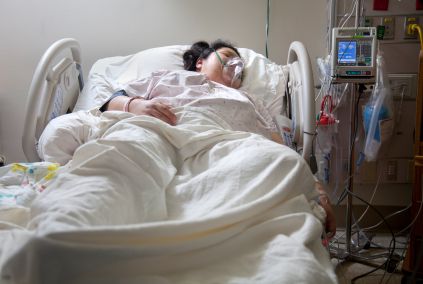 As politicians debate the accuracy of COVID-19 case and death totals, researchers with less of an agenda—and likely more expertise&mdash;offer a solution.

In an analysis published on July 28 by PLOS Medicine, epidemiologists from the University of Bern in Switzerland proposed using the symptomatic case fatality ratio (sCFR) and infection fatality ratio (IFR), arguing that they are more accurate, at least when used correctly, than the more commonly used case fatality ratio (CFR). CFR measures the observed deaths over observed cases.

“The crude case fatality ratio… is a meaningless indicator that should not be used for comparison across space and time, as it suffers from two major biases that go in opposite directions,” study coauthor Julien Riou, PhD, MD, a postdoctoral research fellow in the University of Bern’s Institute of Social and Preventive Medicine, told Contagion®. “On one hand, observed deaths… underestimate the total number of deaths that will occur… because of the delay between infection and death. On the other hand, the number of observed cases underestimates the total number of infections by a factor that is very difficult to determine and is very influential on the CFR.”

In their study, Dr. Riou and his colleagues developed a computational model of the dynamics of transmission of SARS-CoV-2 along with COVID-19 mortality. The model accounted for the delay between infection and death, the increased diagnosis of disease in people with severe symptoms, and stratified data by age, according to the researchers.

The team then applied the model to Hubei province in China, where the pandemic originated, as well as regions in Austria, Germany, Italy, Spain, and Switzerland. In Hubei, the calculated IFR was 2.9% while the CFR was 2.4%, they found.

These more accurate statistics are vital to understanding the COVID-19 epidemic and developing public health interventions to contain it, Riou and his colleagues argue.

“[Some] people had a personal interest in downplaying the danger of SARS-CoV-2, maybe because it gave them fame and exposure to go against the consensus, or because they feared for the political or economic repercussions of control measures,” Riou said. “This controversy was very unfortunate because it hindered or delayed the preparation efforts in many countries. Even so lockdowns and other measures have been very efficient in controlling the spread of SARS-CoV-2 in most of Europe, [but] this early hesitation may have costed many deaths.

“I think it is now clear that the infection fatality ratio of SARS-CoV-2 is around 1%”—or about 10 times that of seasonal influenza, he added. “This clarity comes first from seroprevalence studies that have been repeated in several places. [Our] paper proposes an approach to estimate this IFR when serosurveys are not available.”

In other words, added clarity in a time of uncertainty.