Assessing the Threat of Monkeypox in the Post-Smallpox World

This often-ignored zoonotic disease may be a rising problem around the world.

Emerging and zoonotic infectious diseases are increasingly becoming a topic of concern in preparedness and health care settings. For example, the ongoing Ebola virus disease outbreak in the Democratic Republic of the Congo is pushing response efforts to the limit and making outbreak control challenging. From Zika to Chikungunya, zoonotic diseases continue to stress prevention and response efforts when it comes to infectious diseases.

Although it has been decades since the eradication of smallpox, recent cases of monkeypox in Nigeria and the United Kingdom have raised concern that we need to include this disease (and other emerging zoonotic diseases) in public health preparedness efforts. The authors of a new study, published in the International Journal of Infectious Diseases (IJID), reviewed the history and evolution of monkeypox outbreaks in Africa and the United States, as well as the most recent cases, and highlighted current gaps in preparedness.

Although the World Health Organization (WHO) lists monkeypox as a rare, viral, zoonotic disease that mostly occurs in remote parts of Africa near tropical rainforests, the vulnerability is worldwide. Cases of monkeypox around the world have been rising over the past 20 years, mostly across 10 African countries. Nigeria, for example, had not had a case of these disease since 1978; however, on September 22, 2017, a suspected case was reported to the Nigeria Centre for Disease Control. Since then, cases have been increasing, with a total of 269 suspected cases reported between September 2017 and September 15, 2018. The latest counts from the WHO indicate that 76 cases have been reported in 2018 and 37 are confirmed. 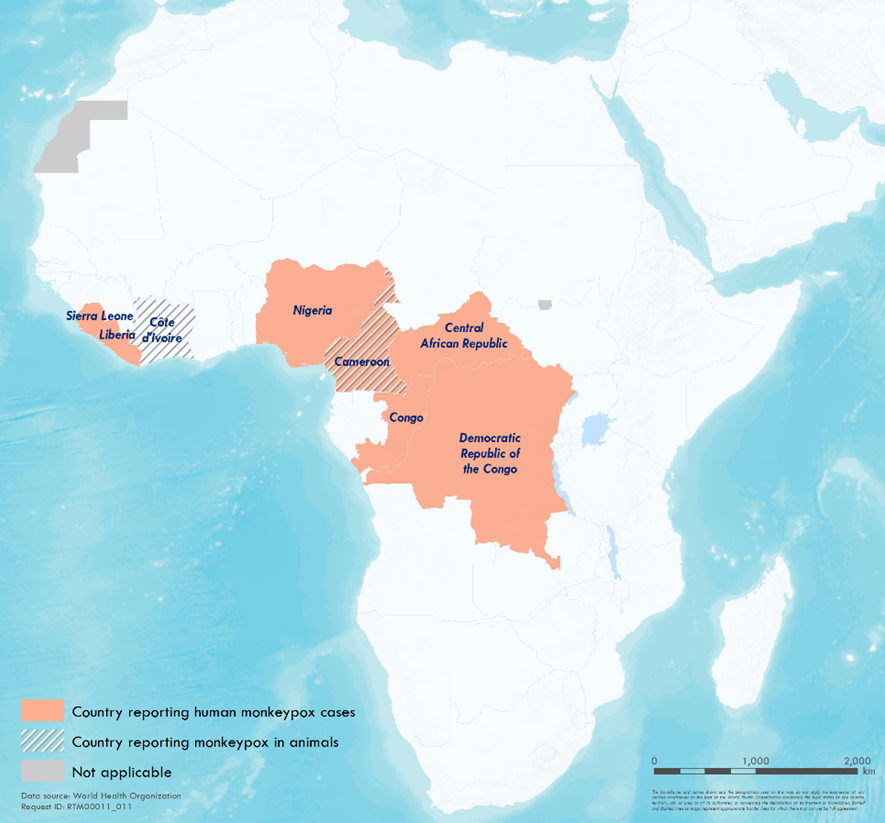 Three other cases of monkeypox sprang up in the United Kingdom in September 2018. Two of the individuals had recently traveled to Nigeria and the third was a health care worker who had cared for 1 of the initial cases and was infected prior to adequate, enhanced infection prevention methods being put into place.

If you are curious about any cases in the United States, the IJID study authors indicated that a cluster of cases sprang up in Texas in 2003. These cases were the result of exposure to pet prairie dogs across 6 states. “Molecular and epidemiological investigations found that a West African genetic group (clade) of monkeypox was imported from Ghana into the state of Texas on April 9, 2003, through a shipment of 9 different species of small mammals, including 6 genera of African rodents,” study authors wrote.

Truly, monkeypox is a frequently neglected and forgotten public health threat despite continued outbreaks from various sources. From nosocomial transmission to imported wild animals and natural outbreaks, this is a disease few have heard of, but many are fundamentally vulnerable to.

What about smallpox? Smallpox comes into play because vaccination efforts for the infection ceased decades ago (for the general public). Studies have shown that a smallpox vaccination offers cross-protection against monkeypox, which means that in this post-eradication world, virtually no one is immune to either. Clinically, monkeypox has symptoms that can be similar to smallpox, which can make diagnostics even trickier for medical providers with limited experience. Exposure via direct or indirect contact with an infected animal (dead or alive) has been the trigger for most outbreaks; however, the diseases' ability to spread from animals to humans—and then between humans&mdash;has been well documented.

Monkeypox represents a perfect example of OneHealth and the role humans, animals, and the environment play in disease transmission. Information on monkeypox outbreaks has been intermittent and solely a result of people working on the outbreaks, versus an overall desire to understand monkeypox and the public health threat it poses. The IJID investigators emphasized that despite a 20-fold increase in the incidence of monkeypox, health care professionals do not have the disease their radar. The naïve immune systems of the majority of the American population, coupled with a disease few American physicians have seen, makes monkeypox a real biological threat to us in the United States.