Travel-Associated Measles Outbreaks On the Rise in US

CDC reports that 81 individuals brought measles into the United States following a trip to another country in 2018.

On the heels of the World Health Organization (WHO) listing vaccine hesitancy as one of the top public health threats of 2019, Clark County, Washington, has declared a public health emergency due to a measles outbreak occurring primarily in unvaccinated children. 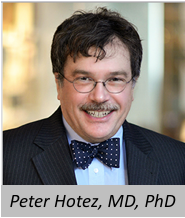 “Measles is often the first breakthrough infection we see because it is so highly contagious.” Peter Hotez, MD, PhD, professor of pediatrics and molecular & virology and microbiology at Baylor College of Medicine, told Contagion®. “But really we can see breakthrough infections from almost all the vaccine preventable diseases if vaccine coverage declines, including pertussis, whooping cough.”

As of January 22, 2019, a total of 23 cases have been confirmed since January 1, and 2 suspected cases remain under investigation. The county’s public health department reports that 22 of these cases occurred in children and there has been one hospitalization. Additionally, the department reports that 20 cases occurred in unvaccinated individuals. Vaccination status for the remaining cases is unclear.

On Friday, January 18, 2019, officials declared a public health emergency in the county, which is located in the southeast area of the state, near the Oregon border. The public health department has continued to provide an updated list of potential exposure sites which include schools, grocery stores, places of worship, health care facilities, Portland’s International Airport, and the Portland Trailblazer’s basketball arena. A state of emergency was declared by Washington governor, Jay Inslee on January 25, 2019.

Clark County and its surrounding area are not the only areas in the United States that are experiencing an increase in measles cases.

According to the US Centers for Disease Control and Prevention (CDC), there were 349 cases of measles confirmed in 26 states and the District of Columbia, as of December 31, 2018. Some of these cases were part of the 17 measles outbreaks reported throughout the year.

The elevated number of cases in 2018 is the second-greatest number of annual cases reported since measles was eliminated in the United States in 2000.

Measles is still a common illness in different parts of the world including, but not limited to, Europe, Asia, the Pacific, and Africa. US travelers to these areas can bring the disease back and spread it through communities of unvaccinated individuals.

According to the CDC, 81 individuals brought measles into the United States following a trip to another country in 2018. This is the greatest number of imported cases observed since 2000.

In 2018, 3 distinct measles outbreaks—in New York state, New York City, and New Jersey&mdash;were associated with travelers who brought measles into the United States following a visit to Israel, where there is an active outbreak. Returning travelers spread the disease through unvaccinated individuals in Orthodox Jewish communities in their area.

As of January 23, 2019, there have been 62 confirmed cases of measles in the Orthodox Jewish community in Brooklyn since October 2018. Health investigators have concluded that the first case occurred in an unvaccinated child who acquired measles while visiting Israel.

Between October 2018 and January 2019, the New Jersey Department of Health identified a total of 33 outbreak-associated cases. As of January 16, 2019, 2 measles incubation periods have passed since the last known case was infectious, and the outbreak is considered to be over.

The CDC advises all Americans planning to travel to Israel to receive the measles-mumps-rubella vaccine at least 2 weeks prior to travel. For individuals showing symptoms of measles, including fever, cough, red eyes, runny nose, and body rash, a medical professional should be contacted via phone prior to visiting a health care facility to prevent exposure to other individuals.

For the most recent case counts in these measles outbreaks, check out the Contagion® Outbreak Monitor.