Treating long-lasting nets with a new insecticidal combination that rendered mosquitos unable to fly reduced malaria infections in Tanzanian children by almost half. 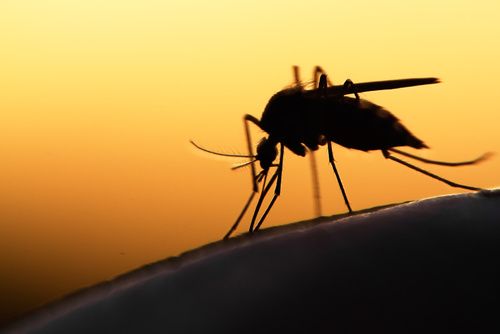 Malaria, the parasitic infection spread by mosquito bites, is especially deadly for young children. Long-lasting insecticidal nets (LLINs) have significantly reduced malaria infections in sub-Saharan Africa. However, a large proportion of mosquitoes have since developed resistance to the insecticides.

One study, published in The Lancet, tested LLINs with new active ingredients to evaluate their success against malaria vectors. The study found that LLINs treated with the insecticides chlorfenapyr and pyrethroid reduced malaria infections by nearly half.

“Malaria remains a huge problem across sub-Saharan Africa and is one of the leading causes of death in Tanzania,” said Jacklin F. Mosha, PhD, the first author of the study. “We urgently need new interventions to get control efforts back on track and protect young people from this deadly disease. These exciting results highlight that we have another effective tool to help control malaria.”

The investigators conducted a cluster-randomized trial in Misungwi, Tanzania, an area in sub-Saharan African with high malaria incidence among children. The clusters were villages of at least 119 households with children 6 months-14 years of age living in the central area.

Malaria infection at 24 months after LLIN dispersal was 45.8% in the pytheroid-only group, 37.5% in the pyriproxyfen group, 40.7% in the piperonyl butoxide group, and 25.6% in the chlorfenapyr group. The most cost-effective LLINs were chlorfenapyr, and the most commonly reported adverse events were skin irritation or paresthesia. The study authors noted that poor textile quality and active ingredient durability of the piperonyl butoxide and pyriproxyfen LLINs may have lowered their efficacy.

Overall, the LLINs treated with chlorfenapyr and pytheroid reduced malaria infections by 43% in the first year and 37% in the second year. Chlorfenapyr works differently from the standard pytheroid-only LLINs, causing wing muscles cramps that stop the mosquitos from flying, and thus from biting hosts.

“What really threw us for a long time was that in daytime tests the chlorfenapyr was not very toxic to the mosquito,” said Mark Rowland, PhD, an author of the study. “But at night when the malaria mosquitoes naturally fly up against the treated bednet it gets a severe case of muscle cramps so it buckles and falls to where it is likely to be carried off by scavenging ants. No other mosquito insecticide works like this, and because of the unique mode of action it kills all kind of mosquito that have evolved resistance to other insecticides. It should have a long future.”

The investigators concluded that after 2 years, the chlorfenapyr LLINs provided better malaria protection than the pyrethroid-only LLINs, in an area with pyrethroid-resistant mosquitoes.

However, they noted that switching over to the chlorfenapyr nets should be done with caution, to avoid the mosquitoes once again developing resistance. “The massive scale-up of standard pyrethroid LLINs 10-20 years ago led to the rapid spread of pyrethroid resistance. The challenge now is to preserve chlorfenapyr’s effectiveness by developing rational resistance management strategies,” said Natacha Protopopoff, PhD, a principal investigator.