Workers in a variety of industries&mdash;not just health care&mdash;face significant risk of infection at work. A new study finds a number of new risks are emerging, adding to the need for vigilance.

Although health care-acquired infections (HAIs) remain a pressing issue for health care organizations, new research from the US Centers for Disease Control and Prevention (CDC) highlights the fact that it’s not only admitted patients who are at risk of contracting infections; it’s also the employees.

Moreover, it’s not just workers in the health care industry who face the risk of workplace infection; the risk is widespread across industries, and sometimes in surprising places.

The new CDC report was published this month in Emerging Infectious Diseases. It examines existing literature about infectious diseases in the workplace, finding 66 investigations of workplace infection cases between the years 2006 and 2015. In addition to health care, the industries most at risk for workplace infections include laboratories, especially work involving animals, and public service work.

First author Chia-Ping Su, MD, now of the Taiwan Centers for Disease Control, wrote that even though the workers in these industries are generally aware of the risks, more research needs to be done to make these workplaces as safe as possible, in part because it’s not always possible to understand where the risks exist.

“The biosafety programs in these industries could be strengthened,” Dr. Su and colleagues wrote. “Case investigations of infectious disease occurring in a workplace can be challenging with regard to linking the symptoms of a disease to a specific pathogen or exposure source and identifying effective preventive strategies.”

“However, we also found reports of some emerging or reemerging pathogens, such as Ebola virus, lymphocytic choriomeningitis virus, norovirus, Bacillus anthracis, and Yersinia pestis, that caused several workplace disease clusters,” the investigators wrote.

Protecting Against Range of Infection Avenues

Respiratory illnesses like influenza can be a common risk factor for workers like health care professionals and teachers who are likely to come into contact with sick patients. However, during the decade covered by the report, the Ebola virus became a risk for health care workers in certain geographic areas or research institutions. That includes 2 health care workers who in 2014 became infected with the virus in the United States on account of their jobs in health care.

Those infections came at a time of heightened public awareness of Ebola. Sometimes, though, it’s not as easy to locate the cause of a sick worker.

For example, a 2006 case included in the report occurred when a previously healthy 21-year-old man who had recently left a job in lawn care. A week after leaving that job, he presented to the hospital with a productive cough, chills, myalgias, chest pain, and a worsening headache. He was eventually diagnosed with tularemic meningitis, a disease typically thought of as a zoonotic disease, but which can become aerosolized, as appears to have happened in this case.

“He had performed lawn mowing and leaf blowing services and noted that he had seen dead rabbits in the areas in which he worked,” wrote first author Diedre M. Hofinger, MD, of the New Mexico Veterans’ Health Administration, in a 2009 report on the incident. Though cases of tularemia are rare, Hofinger noted that 59 landscaping industry workers in Martha’s Vineyard, MA, had been diagnosed with the infection between 2000 and 2006. 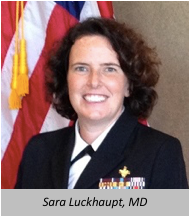 Sara Luckhaupt, MD, and Marie de Perio, MD, both of the National Institute for Occupational Safety and Health (NIOSH), told Contagion® that it is likely other instances of infection at work don’t get reported as such.

Though infections can never be entirely avoided at work, there’s much that employers can do to help prevent illnesses. Unfortunately, the report found employers sometimes fail to adequately protect workers due to insufficient regulatory knowledge or other problems.

Between 2011 and 2014, 44 solar panel construction workers in California were diagnosed with Coccidioidomycosis, a fungal infection also known as “Valley Fever” which is associated with soil disruption in areas where the fungus is endemic.

The authors of a 2015 report on the matter argued that workers in areas where Coccidioides is endemic ought to be given extra protections, such as respirators.

“[B]ecause air-purifying respirators greatly reduce exposure to airborne particles, outdoor workers in Coccidioides-endemic areas should be protected from exposure to a recognized hazard and provided this personal protective equipment to use during soil-disturbing activities or when outdoors during dust storm or high winds,” wrote Jason A. Wilken, PhD, of the California Department of Public Health.

More recently, a January study in the American Journal of Industrial Medicine, showed a range of factors affect worker safety at nail salons in the Vietnamese-American communities in the Philadelphia metropolitan area. Based on focus groups of salon technicians and owners, Tran B. Huynh, PhD, of Drexel University, and colleagues wrote that policy changes and better enforcement would help improve safety. So, too, would attention to personal and organizational-level problems.

“The study highlighted a complex interplay among the various stakeholders including nail technicians, owners, clients, policy makers, and enforcers,” Huynh and colleagues wrote.

That complex interplay is also a problem in the health care industry. Despite the fact that many hospitals consider infection prevention a top institutional priority, vigilant infection-prevention practices for patients don’t always translate into adequate protections for employees.

They noted that their institution, NIOSH, publishes a “hierarchy of controls”—a list of steps workplaces can take to prevent workplace injury and infections. Notably, personal protective equipment is at the bottom of the list&mdash;the “least effective” strategy. That’s partly because such efforts can be costly over time, and they are heavily reliant on worker compliance, something that can be difficult to sustain in a comprehensive fashion.

The most effective control, according to NIOSH, is elimination or substitution of the risk, such as changing from more dangerous equipment to safer equipment, or introducing equipment like respirators that are specifically designed to mitigate risk.

After that, however, NIOSH says engineering changes can make a significant difference. The most common way to mitigate airborne pathogens, for instance, is through ventilation.

From a regulatory standpoint, the report argues effective rules, regulations, and enforcement, coupled with the publication and dissemination of best practices, are important steps to protecting workers.

“An effective program to prevent transmission of infectious diseases in the workplace should involve input from both management and employees and start with an assessment of what potential risks exist in a given setting,” Drs. Luckhaupt and de Perio said.

They said it’s important that workers know the risks associated with their jobs, in addition to the recommended safety precautions.