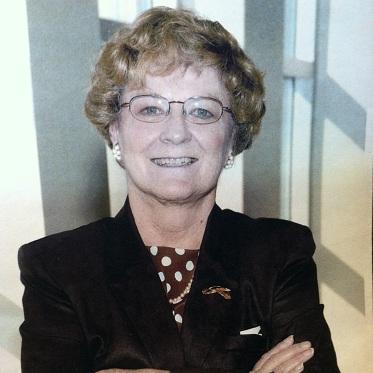 Thelma King Thiel, RN, BA
Thelma King Thiel, RN, BA has dedicated her life to promoting liver health for the past 47 years since the loss of her infant son Dean to biliary atresia. Ms. Thiel has served as the CEO of both the American Liver Foundation and the Hepatitis Foundation International for a total of 35 years, and has trained thousands of healthcare providers about liver health. Ms. Thiel recently came out of retirement to organize the Liver Health Initiative, to fill the enormous liver health knowledge gap and empower individuals to understand why and how to protect their miraculous life sustaining liver. Promoting primary prevention through liver health education is Ms. Thiel's ultimate goal.

The Missing Link in Eliminating Viral Hepatitis B & C

FEB 28, 2017 | THELMA KING THIEL, RN, BA
The development three decades ago of the first anti-cancer vaccine capable of preventing liver cancer was considered a “medical miracle," giving new hope to preventing the tragic consequences of hepatitis B (HBV) infections. However, the challenge the medical community faced was, and continues to be, implementing nationwide initiatives to provide this remarkable preventive vaccine to all vulnerable populations in the United States.

The long awaited discovery of the hepatitis C (HCV) virus in 1989 created an additional urgency to identify infected individuals to prevent the spread of this viral infection nationwide. The Centers for Disease Control and Prevention (CDC) identified the most vulnerable population as Baby Boomers, those who were born between 1946 and 1964. The CDC mounted a multimedia campaign identifying risk behaviors to alert both Baby Boomers and the general public about both HBV and HCV. The campaign emphasized that all Baby Boomers be screened specifically for HCV.

In 2013, excitement mounted when an effective treatment for HCV was discovered. Another medical miracle.

However, recent CDC statistics have shown a 150% increase in the incidence of hepatitis in the United States, with 40% of liver cancer cases being attributed to HCV. This should set off a major alarm that the current recommendations identifying risk behaviors for reducing the incidence of HCV have failed to reach their goal.

Why has this happened?

This has happened, in my opinion, because the absence of information about the liver and hepatitis in schools for the past several decades has created an enormous national pool of uninformed individuals.

Most are unaware that their miraculous liver cells perform hundreds of complex chemical conversions 24 hours a day, 7 days a week, and these conversions are essential to the maintenance of multiple body functions that support their health and life itself.

These individuals are unknowingly participating in daily liver damaging behaviors that expose them to hepatitis infection, and the development of numerous other liver-related illnesses that are preventable. These illnesses include obesity, fatty liver, atherosclerosis, high cholesterol, early onset diabetes and the tragic consequences of drug and alcohol misuse and abuse.

It has been proven time and time again that education is the key to prevention.

The Study to Reduce Intravenous Exposure (STRIVE) research project, that educated “injection drug users”, the population at highest risk for HCV, identified a two-fold risk reduction amongst this cohort, once individuals were informed about why and how to protect their liver.

Another study, from Johns Hopkins, among homeless children in Baltimore, showed an increase in immunization rates for HBV, once the children and their parents were informed about the importance of the liver.

Additionally, extensive evaluations of a liver health education training program called Foundation for Decision Making, which has been provided to thousands of healthcare providers, has shown that once informed of a few vitally important liver functions they could relate to in their daily lives, individuals were motivated to avoid liver damaging activities and to adopt healthier food and lifestyle behaviors.

Simply promoting awareness of risk behaviors, the availability of vaccinations against HBV, and effective treatments for HCV is not sufficient to eliminate viral hepatitis.

If we are to eliminate viral hepatitis and the numerous other liver-related illnesses that are plaguing not just the United States, but all nations around the world, there is an urgency to provide liver health education in schools, government, and military agencies. Motivating individuals to make healthy food and lifestyle choices depends on their understanding about "Why" and "How" to protect their life-sustaining liver.

Liver health education is the missing link in empowering individuals to actively participate in their own healthcare and management by assessing their own risk behaviors, seeking treatment, and adopting healthier lifestyles.
To stay informed on the latest in infectious disease news and developments, please sign up for our weekly newsletter.
Related Coverage

HIV Cure Research Has Slowed, But Still Progresses
Is there a cure? How long until we find it? And will it work for the majority of people living with HIV?
More from Thelma King Thiel, RN, BA
Seniors at Increased Risk for Hepatitis and HIV
Seniors are at increased risk of hepatitis B, hepatitis C, and HIV. Prevention and early detection of potential infection are critical to avoiding long-term impact.
PUBLISHED: Thu June 22 2017
Liver Health Education Gets The Silent Treatment
Liver health education seems to be absent from the final draft of the National Academy of Science's Strategy for Eliminating Viral Hepatitis B & C.
PUBLISHED: Thu April 20 2017