A study released this summer found 95% of ill health care workers reported working at least 1 day while symptomatic. The research is based on thousands of illness diaries by health care workers at 9 Canadian hospitals during 4 flu seasons between 2010 and 2014. 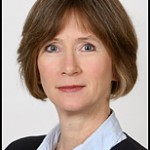 ago showed similar rates of working while sick in American and British hospitals.

“[S]o I was hoping the numbers would have decreased with expanding knowledge,” said Coleman, the study’s lead author. “However, our results were very similar to those of the previous studies.”

In Coleman’s survey, about half of health care workers reported having at least 1 acute respiratory illness during the timeframes covered by the illness diaries. The 2728 workers who completed the diaries were employees who worked at least 20 hours per week. Anytime they felt sick, they were asked to fill out an online diary that documented things like their symptoms, possible exposures, medical care sought, and whether or not they attended work.

The vast majority of people who worked while sick (69%) said they believed their symptoms were mild enough to make it safe for them to work.

“Many health care personnel do stay home when they think they might spread a disease,” she said. “Unfortunately, most of us cannot distinguish influenza from other upper respiratory infections, or sometimes symptoms that are not infectious from those that are.”

Only relatively small proportions of those surveyed suggested that their attendance at work was based on workplace or economic pressure. They cited having work to do (11%), feeling obligated to work (8%) or needing to work for financial reasons (3%) as their rationale for not staying home. Just over three-quarters (79%) of employees surveyed said they had paid sick leave available. 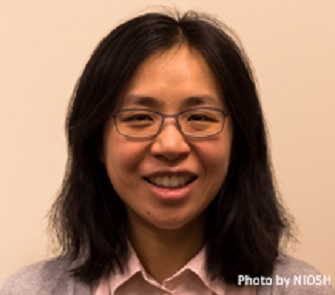 Sophia Chiu, MD, Medical Office in the Division of Field Studies and Engineering, at the US Centers for Disease Control and Prevention’s National Institute for Occupational Safety and Health (NIOSH), told Contagion® that the CDC also found high numbers of health care workers work while ill. That survey, of 1900 health care workers, found 40% reported working while experiencing flu-like symptoms during the 2014-15 flu season.

Those workers cited similar reasons to the workers in Coleman’s study.

“The most common reasons for health care personnel working while sick were that they were still able to perform their job duties and did not feel bad enough to miss work,” she said.

Among health care workers in long-term care facilities, however, the most common reason to miss work was concern about missing pay.

The study found that pharmacists and physicians were the most likely professionals to continue working in spite of symptoms of illness, with about two-thirds of respondents in those job categories indicating that they had worked while experiencing influenza-like symptoms. Hospital workers were more likely than employees of other healthcare facilities to work while sick.

If it seems counterintuitive that people who are most acutely aware of the dangers and consequences of infectious diseases would put their patients at risk, Coleman said part of the reason is a lack of clearly defined parameters of symptoms.

According to Coleman, “there’s not yet good evidence about what symptoms, or how severe they are, are associated with probability of transmission. This results in a lack of cohesion in the medical community around who is too ill to work; thus, policies vary from workplace to workplace.”

The CDC says health care personnel experiencing fever, cough, or sore throat should avoid working until their fever has been gone for at least 24 hours without the aid of fever-reducing medications. In cases where symptoms are present without a fever, the CDC says health care organizations should consider a medical evaluation to determine the appropriateness of allowing the employee to work and/or see patients.

In addition to preventing the spread of influenza from employees to workers, the CDC also encourages health care workers to get the flu vaccine each year in order to limit their odds of contracting the flu in the first place.

Chiu said she is not aware of any specific CDC research on the impacts of sick employees on patients. However, she noted that a French study from 2011 found that patients who were exposed to at least 1 sick health care worker were 5 times more likely to be diagnosed with a health care-associated influenza-like illness when compared to patients who were not exposed to a sick employee.

While much of the burden of preventing the transmission of contagious illnesses from health care workers to patients falls on the shoulders of individual employees, Chiu said health care organizations need to have clear and robust policies and recommendations in place to help guide their workers.

“For example, hospitals can tell employees that it is important to consider the perspective of infection control in addition to whether their symptoms are too severe to work,” she said.

“Another possibility is to have organizational-level resources to accommodate sick leave.”

One example would be to create a “jeopardy system” in which some clinicians are held as back-ups to fill in for sick colleagues. She said this can make it easier for employees to stay home because they won’t have to worry about trying to find a backup.

Coleman said another problem faced by employees is social pressure caused by the “inconvenience” borne by co-workers when a worker is home sick. But Coleman said peer pressure can work both ways.

“Instead of putting pressure on your peers for leaving you short-handed or having to reschedule appointments, we need to put pressure on them for attending work while ill and putting co-workers and patients at risk of infection,” she said.

Coleman said it’s also important for managers to buy into the need to keep sick workers away from patients, even if that means proactively sending employees home if they appear to be getting sick. The CDC’s guidelines also suggest temporary reassignment of workers whose health status is questionable.

Still, Coleman said it will remain difficult to know for sure exactly when a worker ought to avoid patient contact. Those decisions will essentially be judgment calls until the medical community has a better understanding of the link between symptoms and patient risk.

Coleman noted that while high rates of health care workers say they’ve worked while sick, many health care workers do follow guidelines and proactively remove themselves from direct contact with patients at the onset of symptoms. Even so, she said given the potential for significant risk to patients, health care organizations and workers need to do better to ensure they live up to the charge to “do no harm.”

“Hospitalized patients are vulnerable to diseases, so it’s sad that we’re putting them at risk,” she said.
To stay informed on the latest in infectious disease news and developments, please sign up for our weekly newsletter.