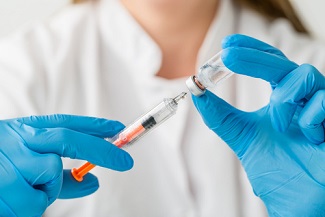 Catch up on the candidates, research, and purchase deals at The COVID-19 Live Vaccine Tracker.

It’s uncanny timing that Noam Tau, MD, and colleagues began investigating the regulation and monitoring of vaccines in late 2019—weeks and months before the world would learn about SARS-CoV-2.

Here was a group of Israel-based researchers, given unique circumstance to grade the US Food and Drug Administration’s (FDA) practices at the most crucial time possible: mid-pandemic, mid-Operation Warp Speed, at the very moment when everyone in the world had stock in vaccine development.

The timing was not lost on investigators. Tau told Contagion there was hope they would expose a great flaw, and “kill the giants” of pharmaceutical development and regulation.

They only found new respect for the FDA’s vaccine regulation system—a process which, inevitably, the first human-tested, peer-reviewed prophylaxes for COVID-19 will undergo.

“We were very happy to see the vast majority of vaccines approved since 1996 had very, very good safety profiles,” he said.

A History of Monitoring

There are approximately a half-dozen COVID-19 vaccine candidates that have reached phase 3 assessment in recent months, and just as many—if not more—nearing that final state of assessment before applying for marketing approval.

Per the US Centers for Disease Control and Prevention (CDC), the time between clinical development and regulatory review and approval is the near-exact midpoint of staged new vaccine development.

The earliest stages of exploration and pre-clinical development, at least in the scope of COVID-19 vaccines, moved with unprecedented speed: candidates including the University of Oxford/AstraZeneca adenovirus vaccine vector AZD1222 reached phase 1 assessment within 2 months of the virus reaching pandemic status.

But that does not guarantee the vaccine development process is compromising safety in this rush to address the virus. As Tau and colleagues learned, the Vaccine Adverse Event Reporting System (VAERS) has been highly proficient in monitoring real-world safety of vaccines long after developers and FDA regulators are involved. And their role is not involved with any governmental “warp speed” strategies—they merely assure quality after the fact.

Tau and colleagues reported last month that VAERS, the public-contributed national vaccine safety reporting system for all regulated vaccines, has evidenced the true safety of all but one vaccine approved for marketing by the FDA from 1996-2015.

The team’s cohort analysis of original clinical trial safety data for 57 investigative vaccines versus post-approval safety following widespread use showed 56 had an acceptable profile; the lone abstention (RotaShield) was rapidly withdrawn from the US market in 1999 upon the VAERS discovery of non-lethal, uncommon safety concerns.

VAERS also presented 58 post-approval safety issues associated with fewer than half (n = 25) of all approved vaccines in that timeline, with a significant majority of the issues being limited in clinical significance.

Tau endorsed the FDA’s post-marketing capability to assure that even the most expedited COVID-19 vaccine candidate—so as long as its regulation is based on randomized, controlled trial results from human participants—is only available as long it is known to be safe.

That said, there is merit to giving the FDA a more robust patient size. The median participant size for FDA-approved vaccines in Tau’s assessment was 4161. That’s as many new COVID-19 cases a large US state could report in a single day.

“Although the FDA is trying to rush into producing vaccines, they will not allow for small-scale studies to be performed,” Tau said. Indeed, the FDA issued guidance in late June that would require COVID-19 vaccine applications are based on findings great enough in participant size and efficacious enough in immune response to assure at least 50% prevention or decreased disease severity in the population.

What is Known, Unknown

Three months ago, William Schaffner, MD, set standards a little more aspirational than the FDA. The professor of Preventive Medicine and Medicine at the Vanderbilt University Medical Center told Contagion in May he would hope for a COVID-19 vaccine that is at least 80% effective, given advances in immune response understanding and vaccine development.

More recently, Schaffner discussed his and colleagues’ parameters for vaccine safety. Similar to the FDA strategy of prospective and retrospective regulation, he sets safety standards for vaccine candidates by pre- and post-widespread use.

Some minor issues including local reactogenicity is highly common in annual flu vaccinations: a sore arm, a slight fever—symptoms of injecting a foreign substance into the body and immune system. This is expected, of course.

“It may be a sufficient irritant in and of itself as it goes into the muscle,” Schaffner explained. “And also, the immune system responds to what's there.”

Reactogenicity varies by the individual, by administrator of the injection, and by the vaccine. Recently approved two-dose shingles vaccine Shingrix, Schaffner noted, is associated with substantial local reaction. Despite benefits highly outweighing the risks of this expected event, however, the CDC Advisory Committee on Immunization Practices (ACIP) guided physicians to inform would-be recipients of the associated local reaction symptoms.

That level of shared knowledge has resulted in a greater rate of patients adhering to the necessary second dose of the vaccine, Schaffner said.

“Those kinds of things are seen with all vaccines, and may be a little more prominent with this vaccine than some others,” Schaffner said. “And if we tell you very clearly, very transparently what to expect regarding side effects, I think that adults will accept that.”

In post-widespread use, the discussion of safety is more unique, and demanding of individual monitoring. Particularly in discussion of a would-be COVID-19 prophylaxis—of which governments are already purchasing doses by the millions before any regulatory approval—the disparity between 10,000-50,000 volunteer participants and 10 million real world recipients is substantial.

Adverse reactions, particularly severe ones, occur in about 1 in every 200,000 administrations among regulated vaccines, Schaffner said. That means it is very likely such a reaction would be first observed in widespread use. By then, VAERS and similar surveillance services from ACIP are seeking out reports on severe events.

Some of these rare, severe reactions are truly troubling for physicians—they can “mimic” rare illnesses and syndromes triggered by pathologies that are not very well known. Monitoring agencies are required to distinguish whether such conditions are triggered by background factors, or by the vaccine.

“Those are hard things to sort out,” Schaffner said. “But people have worked on procedures for doing that for the last 25 years. We've become more sophisticated in doing this.”

While safety monitoring stratified by pre- and post-widespread use will look similar for COVID-19 vaccines as it does previously approved vaccines, it will be unique in interpreting its safety and risk-benefit ratio among at-risk populations.

As Schaffner noted, the clinical community is at a deficit in lacking decades—even at least years—of immunological research on coronavirus. And many of the most promising vaccines are being considered for delivery via new technologies.

Add in the fact that at least multiple candidates with differing viral strains and delivery methods will become available in short succession of one another, and concerns become obvious: which one will be more beneficial? Who will have access to which one? And when? How will they be distributed?

“Depending upon the characteristics of the vaccine, maybe they'll be interchangeable,” Schaffner said. “We don't know that. But on the other hand, some may be better for some subpopulations than others.”

It’s actually the guiding principles of the ACIP by which Walter A. Orenstein, MD, bases his vaccine priority strategies. The Emory Vaccine Center Associate Director recently detailed the necessary steps the country should follow in properly distributing a proven COVID-19 vaccine to its population—whenever that day comes.

Such a plan would emphasize priority grouping, Orenstein explained during the recent MJH Life Sciences webinar, “COVID-19: Race for a Vaccine.” In modeling his plan after that recommended by ACIP, vaccine distribution priority would emphasize a quartet of factors: safety, clinical trial inclusivity, efficient distribution, and flexibility.

Though there is current understanding that SARS-CoV-2 infection is generally associated with the development of antibodies within 2 weeks, there is more to be interpreted from the duration of this antibody immunity, as well as the efficacy duration of the vaccines themselves. Will every regulated vaccine be at least a two-dose administration—and what significance will that put on VAERS surveillance?

While awaiting the final legs of phase 3 data from the most progressed candidates, agencies would benefit from establishing vaccine priority groups, tiered by role in pandemic response, COVID-19 severity risk, and access to available candidates.

Orenstein advised the first regulated vaccine be administered to the healthcare and essential worker populations—a group of 122 million and 206 million Americans, respectively—who are largely responsible for maintaining society and pandemic response infrastructures.

Once vaccines are available, it will be incumbent—potentially now, more than ever—that physicians adhere to ACIP guidance, emphasize vaccination to their high-risk patients, monitor patient reactions and report outcomes to VAERS, and continually report COVID-19 cases to local and state departments, including reference to patients’ vaccination status.

“The key is we’re going to have to set up a monitoring system for safety and effectiveness in the long term,” Orenstein said.

The Science of Safety

On Tuesday morning, Russia became the first country to announce regulatory approval for a COVID-19 vaccine. Details surrounding the approval had less to do with the viability of the candidate, and more about the country winning this supposed “race” to immunity.

Indeed, as many experts were immediate to point out, the very nature by which Russia “won” the first-to-market vaccine race does not bode well for the sake of clinical certainty: no phase 3 testing, no shared peer-reviewed data, no reference to dosing strategies or long-term assessment.

What’s oftentimes lost in the public’s perception of vaccine safety is how aware the medical community is of their reticence. Healthcare is made up of its own challengers to the practice. The ambition of proactively preventing a life-threatening disease through foreign introductions must be met with equal parts scrutiny.

The FDA’s management of vaccine development—from early-stage to post-approval administrations—reflects that heightened scrutiny. As does the work of outside investigators like Tau, as does the constantly-updating guidance of ACIP, as does the reception to the Russia vaccine: a non-contributor to the very collaborative COVID-19 research network.

Science is only optimal if it is operated as a continuum of research; the means by which vaccines are discovered, investigated, and regulated are a manifestation of that code.

Safety is not, and has never been, absolutely guaranteed in any drug or vaccine, but the understanding of it is always evolving. In the case of COVID-19 vaccines, that evolution is happening faster, with greater emphasis and stakes.

Schaffner joked “safe” is a four-letter word in his field—it implies complete safety. What needs to be shown—and has been, for nearly every vaccine in recent memory—is that safety has been accounted for more greatly than any drug designed to treat what a vaccine would prevent or limit in the first place.

“We're giving vaccines exclusively to healthy people, people who don't have the disease in question,” he said. “Safety is something that is paramount in everyone's mind, as vaccines are being developed.”
To stay informed on the latest in infectious disease news and developments, please sign up for our weekly newsletter.