SEP 10, 2019 | RACHEL LUTZ
Women at high risk for HIV can use any of 3 forms of reversible contraception without an increased risk of HIV infection, according to new World Health Organization (WHO) guidelines updated to better reflect the new evidence. These forms of reversible contraceptives include progestogen-only injectables, implants, and intrauterine devices (IUDs).

The WHO convened a Guideline Development Group (GDG) meeting in July, during which it was determined that an update to the fifth edition of the “Medical eligibility criteria for contraceptive use” was needed. Experts in family planning and HIV, representatives from affected populations, clinicians, epidemiologists, researchers, program managers, policy-makers and guideline methodologists were all involved.

Most strongly considered at the meeting was the epidemiological evidence presented by the ECHO trial (Evidence for Contraceptive Options and HIV Outcomes), which was published in June in The Lancet. The ECHO trial did not demonstrate a statistically significant difference in HIV acquisition in women using the 3 different contraceptive methods examined. The Lancet study also showed that there was no biological nor clinical reason to believe that a lower hormonal dose, differences in delivery mechanisms, or different progestogen would modify risk of HIV.

“A consideration of women’s values, preferences, views and concerns regarding contraceptive methods provided support for optimizing informed contraceptive choice and the availability of a wide range of contraceptive options,” the WHO wrote in their guidance statement.

The GDG agreed to the following updates, which now indicate that the WHO supports women at a high risk of HIV using all methods of contraceptives without restriction: “The high incidence of HIV and high prevalence of STIs observed in the ECHO study were a surprise to many,” James Kiarie, MBChB, MMed, MPH, coordinator human reproduction, Department of Reproductive Health and Research at the WHO, told Contagion®. “However, 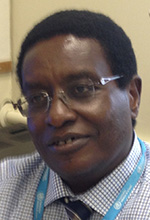 considering the lack of access to STI and HIV prevention services in the sites the study was conducted, this should not have been a surprise. These findings mean HIV/STI prevention and information should be provided equally to all women irrespective of their contraceptive method choice.”

As Kiarie pointed out, the ECHO study was conducted in 4 countries with high HIV incidence: Eswatini, Kenya, South Africa, and Zambia, encompassing 7829 sexually-active, HIV-negative women between the ages of 16-35 years. Of that number, 397 HIV infections occurred, but there was no difference in the rate of HIV acquisition among the women utilizing various contraceptive methods.

“Women in sub-Saharan Africa where we have high rates of HIV and other STIs and a high unmet need for contraception will benefit most from the expansion in method options and strengthened HIV prevention that are recommended in these guidelines,” Kiarie added.

The WHO also discussed some key messaging for policy-makers, program managers, and health care providers in their update guidelines, which included:
To stay informed on the latest in infectious disease news and developments, please sign up for our weekly newsletter.