Cases of C auris have been reported in 12 states. Investigators believe they’ve found a new way to attack the fungus using combinations of antifungal and antibacterial medications.

Investigators may have identified new strategies to combat Candida auris by using combinations of antifungal and antibacterial drugs.

The news comes as cases of C auris have been spreading across the nation and in more than a dozen other countries. As of April 30, 2019, 12 states had had at least 1 clinical case of C auris infection, according to the US Centers for Disease Control and Prevention (CDC). Three states—Illinois, New Jersey, and New York&#8288;&mdash;had reported more than 100 cases.

C auris is an invasive infection most often associated with patients at hospitals or nursing homes who have had lines or tubes like catheters or feeding tubes inserted into their bodies.

The infection can be particularly troublesome because it is difficult to distinguish from other, more common types of Candida, and misidentification can lead to ineffective treatment. Moreover, according to the CDC, C auris doesn’t respond to most common antifungal drugs.

Investigators in the clinical microbiology lab of James E. Kirby, MD, at Beth Israel Deaconess Medical Center in Boston set about to quickly find new treatment options for C auris. To do so, the team modified an inkjet printer to dispense 96 uniform samples of C auris into a standard lab testing plate. They then tested various combinations of drugs against the samples, using 3 common antifungals and 2 antibacterial antibiotics. Within 2 hours, the system had identified 3 different drug combinations that appear to be effective against C auris. They included the antifungals amphotericin and caspofungin and the antibacterial drugs minocycline and rifampin.

Brennan-Krohn told Contagion® that it’s not entirely clear why the drug combinations work, but she and her colleagues have a working hypothesis. She noted that the antifungal drugs that worked as part of the identified combinations all functioned by disrupting the integrity of the fungal cell wall and membrane, resulting in a more permeable cell. 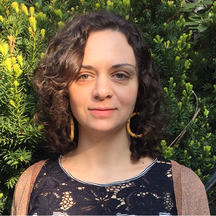 “We hypothesize that this permeability allows the antibacterial drugs, which normally can't get across the fungal cell wall and membrane, to enter the cell,” she said. “The 2 antibacterial drugs that we studied in combination (minocycline and rifampin) act on intracellular targets in bacteria, so if they have similar targets in yeast, then it would make sense that they would be active if they're able to access the interior of the fungal cell.”

Brennan-Krohn said she and colleagues are currently looking at the impact of the antibacterial agents on isolated intracellular components of yeast to confirm their impact on the components once the cell wall has been removed.

Clinical trials would be needed to confirm whether the combinations are effective in humans, and, as the findings are new, no clinical trials have been conducted yet. However, she noted that all the drugs involved have already been approved by the US Food and Drug Administration.

“Individually, the drugs we investigated are already in active clinical use, and clinicians do have the option to use approved antimicrobials in combination on a case-by-case basis if preclinical data is promising and the potential benefits outweigh risks,” she noted.