The phase 2a study compares a bivalent combination of Clade C and Mosaic gp140 with a single-valent Clade C gp140.

Formulating a preventive vaccine for HIV-1 infection has proved elusive for investigators who must contend with the diverse strains of the virus circulating the globe.

But results from the ongoing phase 2a ASCENT study, which were presented at the 10th IAS Conference on HIV Science (IAS 2019), demonstrate that 2 investigational mosaic-based prophylactic vaccine regimens intended to prevent HIV-1 infection induced high immune responses against a broad range of virus strains.

In the randomized, double-blind, placebo-controlled ASCENT study, investigators sought to compare a bivalent combination of Clade C and Mosaic gp140 with a single-valent Clade C gp140. A total of 152 healthy adults (18-50 years; 59% females) in Kenya, Rwanda, and the United States were randomized to Ad26.Mos4.HIV at weeks 0 and 12, and Ad26.Mos4.HIV and alum adjuvanted gp140 Env protein (250 µg clade C gp140 or bivalent clade C-Mosaic1 gp140, each 125 µg) at weeks 24 and 48 or placebo.

Both active regimens were well-tolerated and immunogenic, with no serious adverse events reported. Notably, bivalent gp140 produced enhanced immune responses to Clade B, which is the prevalent subtype in the Americas, Western Europe and Australasia.

The ASCENT trial results support the use of bivalent clade C-Mosaic1 gp140 with Ad26.Mos4.HIV, and will be further studied in the recently announced phase 3 study called Mosaico.

“This mosaic-based vaccine regimen is designed as a global vaccine with the goal of preventing infections from the wide range of viral strains responsible for the HIV pandemic,” Hanneke Schuitemaker, vice president and global head of Viral Vaccine Discovery and Translational Medicine at Janssen Vaccines & Prevention B.V., told Contagion®. “Mosaico is planned to be a 3800-person study of men who have sex with men and transgender people. The study will be conducted across 3 continents, 8 countries, and over 55 clinical trial sites. Enrollment is expected to begin in the United States later in 2019.”

Mosaico is sponsored by Janssen Vaccines & Prevention, B.V., part of the Janssen Pharmaceutical Companies of Johnson & Johnson, and supported by NIH’s National Institute of Allergy and Infectious Disease. Additional partners include the HIV Vaccine Trials Network and US Army Medical Research and Development Command. 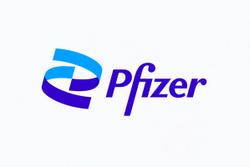