A small portion of individuals with Lyme disease continue to have symptoms of arthritis long after treatment. Now, scientists think they have a better understanding of the cause of that lingering reaction. 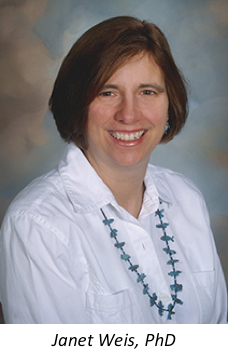 Investigators from the University of Utah Health believe they may have found the reason why some patients with Lyme disease have persistent arthritis even after antibiotic treatment. The news could pave the way to an effective treatment for a painful and confounding complication of Lyme disease.

“One of the clinical problems with Lyme disease infection is that there’s a small group of patients who continue to display symptoms, including arthritis symptoms, following what should be an effective treatment of antibiotics,” said Janis J. Weis, PhD, a professor of pathology at University of Utah Health, and a study author.

Dr. Weis said these symptoms persist in some patients even after there’s no longer evidence of an active infection with Borrelia burgdorferi, the bacteria that causes Lyme disease.

The investigators now think they know how it’s happening. They have identified a T cell receptor that interacts with surface molecules on B. burgdorferi. According to the study, this interaction causes bystander activation of T cells, which in turn causes the T cells to produce inflammatory molecules that lead to arthritis symptoms around the joints.

Those activated T cells can continue to interact with residual bacteria long after the initial tick bite, meaning some patients continue to feel symptoms like arthritis.

To get to those results, Dr. Weis and colleagues first had to find a suitable animal model, as reliable animal markers to study the inflammatory response had not existed until now. However, Dr. Weis stated that students in her lab realized that a specific set of mice—those lacking the anti-inflammatory molecule IL-10&mdash;had the same kinds of sustained inflammatory responses that were so troublesome in the small subset of Lyme disease patients with persistent arthritis.

They realized that T cells in the mice were undergoing bystander activation. “Instead of activating a very small, specific set of T cells, it causes this global activation of immune cells,” Ms. Whiteside said. Once activated, those T cells can interact with residual bacteria to generate continued inflammation even long after the initial infection.

The implications of the study are multiple. Ms. Whiteside shared that a next step will be to test the theory in humans to confirm whether bystander activation is also contributing to lingering symptoms in human patients with Lyme disease.

At the same time, identification of the IL-10 deficient mouse model could spark additional research and new therapies, such as a therapy to short-circuit T cell activation so as to mitigate the risk of persistent arthritis.

Further research may look into whether it is possible to identify which patients are most likely to have persistent symptoms. Thus far, we have no way of reliably identifying those patients, Dr. Weis stated, but she noted that research from Allen Steere, MD, of Massachusetts General Hospital, has suggested that certain genetic markers seem to be more common in patients who develop persistent arthritis with Lyme disease. Those markers are similar to the markers associated with rheumatoid arthritis (RA), she continued. However, that connection doesn’t appear to be found 100% of the time.

“It’s not an all-or-nothing kind of association,” stated Dr. Weis.

Still, the potential combination could suggest potential therapeutic options. “Maybe drugs that are used to treat RA or drugs that can temporarily suppress the immune response could be applicable for this persistent arthritis,” added Ms. Whiteside.