Antibiotic-resistant strains of the dangerous superbug C difficile have been identified in pigs and humans, suggesting zoonotic transmission is possible. 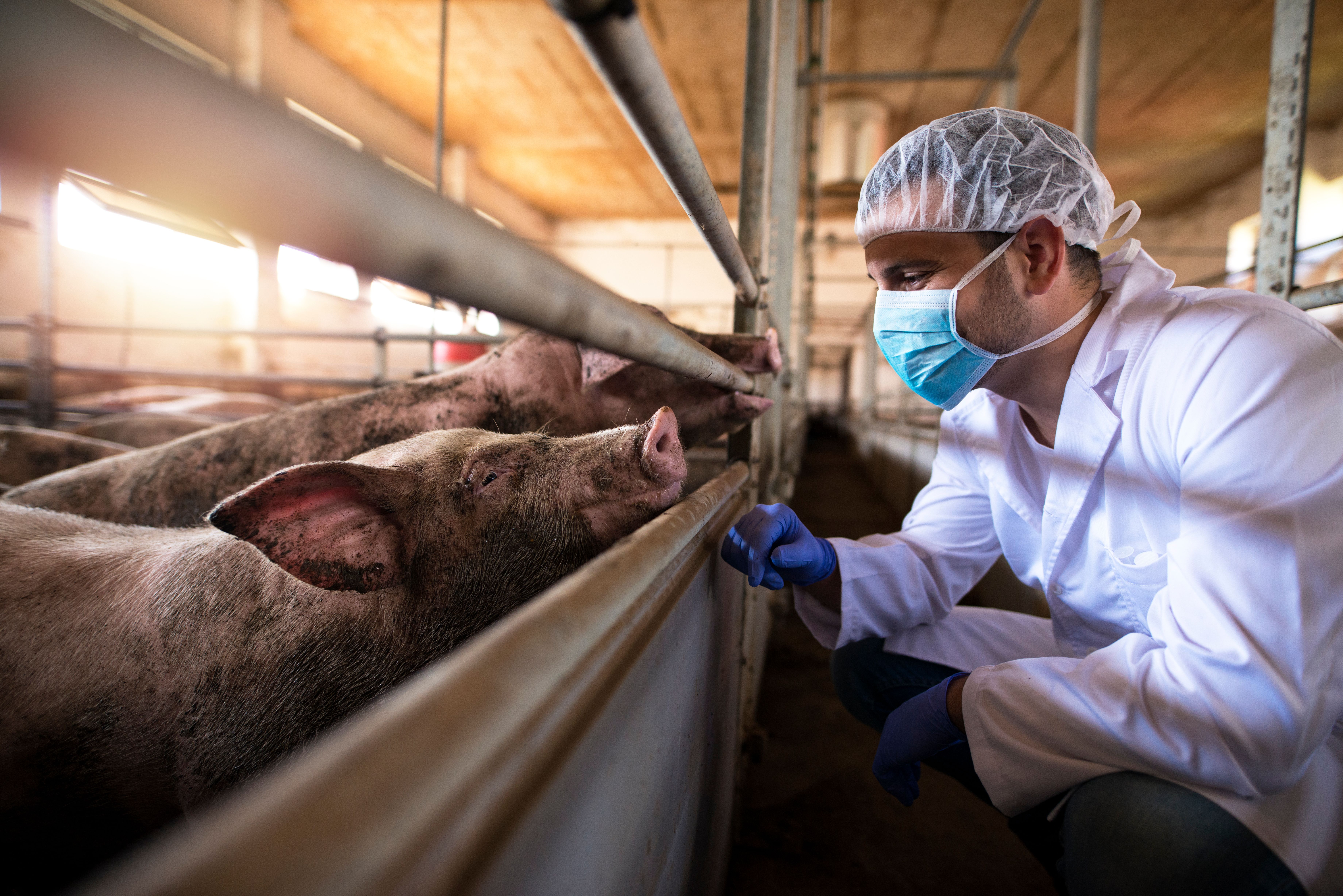 Clostridioides difficile (C diff) is a dangerous superbug that is resistant to all but a select few antibiotics. The bacterium infects the gut, causing life-threatening diarrhea in primarily older hospital patients who were treated with antibiotics.

A Danish study, recently presented at the 2022 European Congress of Clinical Microbiology & Infectious Diseases (ECCMID) in Lisbon, Portugal, found that zoonotic transmission of C diff between animals and humans may be possible.

“This alarming discovery suggests that resistance to antibiotics can spread more widely than previously thought, and confirms links in the resistance chain leading from farm animals to humans,” said Dr. Semeh Bejaoui, the study’s lead author.

A hypervirulent strain of C diff, ribotype 078; RT078, can cause serious disease even in young and healthy persons. Recently, farm animals have been confirmed as RT078 reservoirs. Increased use of antibiotics in farming has also increased antimicrobial resistance and the likelihood of spreading to humans. “The overuse of antibiotics in human medicine and as cheap production tools on farms is undoing our ability to cure bacterial infections,” Bejaoui said.

Bejaoui and fellow investigators examined the type and prevalence of C diff strains in pigs, and whether antimicrobial resistance genes can spread zoonotically. The study included 2 batches of samples; batch 1 consisted of 330 samples from piglets, sows, and slaughter pigs across 14 farms, collected in 2020, and batch 2 was 184 samples collected in 2021 at slaughtering. The samples were provided by the Danish Veterinary and Food Administration.

The team used 2 enrichment protocols to screen these samples, with growth medium composition being the only difference in protocol. Protocol 1 was 5 mL cooker meat medium broth, and protocol 2 was 5 mL brain heart infusion broth. Positive isolates were subjected to whole genome sequencing, including core genome MLST. The veterinary isolates were compared to 934 human isolates, collected from C diff patients during the same time period. All human isolates underwent the same genotypic characterization.

A total of 13 different sequence types were found in the veterinary samples, which were also present in the human samples. ST11 was the most common strand in all isolate sets, with 21 in animals and 270 in humans. Antimicrobial resistance was genotypically predicted for 7 classes of antibiotics, most commonly macrolides, ß-lactams, aminoglycosides, and vancomycin.

ST11, an animal associated strain and major RT078 lineage, was the most prevalent C diff strain in all isolates. The investigators noted that different enrichment protocols yielded different results, particularly for growth medium composition. Sample origin also proved important in C diff prevalence. “Of particular concern is the large reservoir of genes conferring resistance to aminoglycosides, a class of antibiotics to which C difficile is intrinsically resistant—they are not needed for resistance in this species,” Bejaoui said. “C difficile thus plays a role in spreading these genes to other susceptible species.”

The investigators noted that they were not able to determine the direction of transmission in this study. “Until we perform deeper phylogenetic analyses we cannot determine the direction of the transmission, which could also be bidirectional, with the bacteria being continuously exchanged and expanded in the community and farms,” Bejaoui explained.