The CDC’s most recent Sexually Transmitted Disease Surveillance Report shows that the rates of sexually transmitted diseases have reached a record high in the United States.

The Centers for Disease Control and Prevention (CDC) issued a press release this week stressing that sexually transmitted diseases (STD)—which have been increasing at an alarming rate for years&mdash;have now reached a record high in the United States.

The CDC’s Sexually Transmitted Disease Surveillance Report, released on a yearly basis, shared that over 2 million cases of chlamydia, gonorrhea, and syphilis were reported in 2016 in the United States: “the highest number ever.” 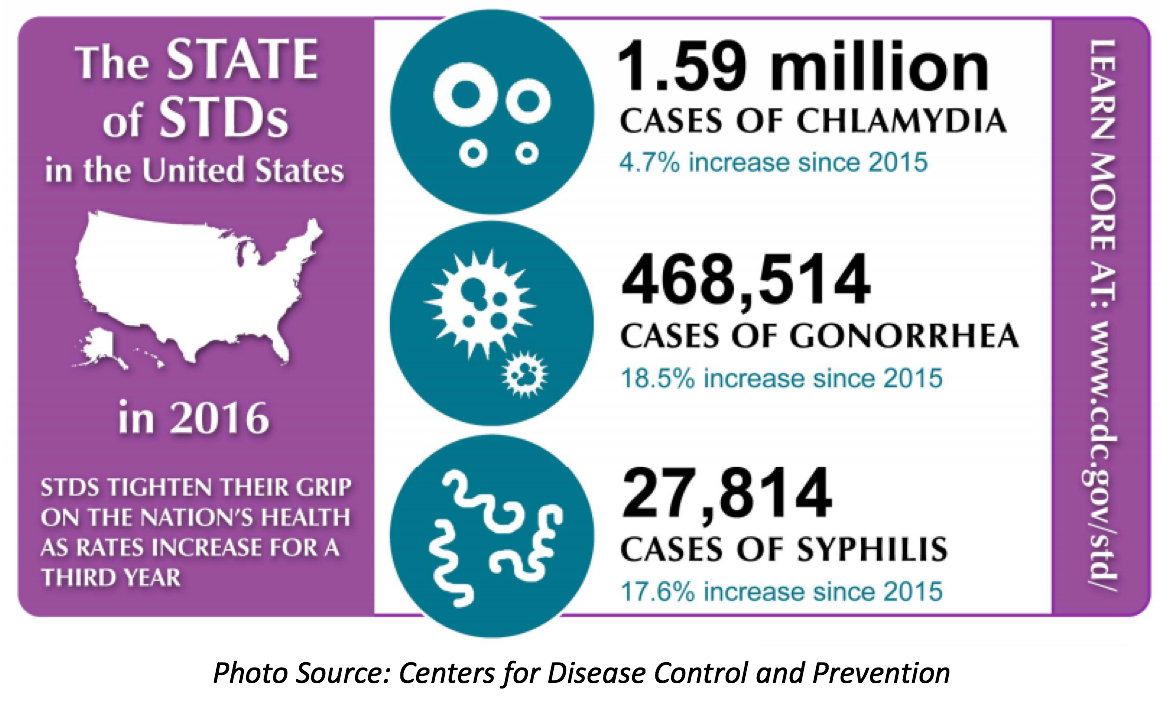 The news is arguably even more unsettling because, despite increased efforts to prevent these infections, the numbers continue to grow. Authors of the 2015 STD Surveillance Report had stressed that “STDs have long been an underestimated opponent in the public health battle. Not only was the number of cases on the rise, but preventive resources across the nation were being ‘stretched thin,’ and thus, many individuals were slipping through the public health safety net.” Since then, the CDC has issued several warnings related to the growing number of STDs, one of them specifically address the increasing rates of primary and secondary syphilis, which prompted the CDC to issue a call to action in May 2017.

Now, in the most recent report, the CDC shared that chlamydia accounted for the majority (1.6 million) of new STD diagnoses. In addition, they also report a staggering 470,000 cases of gonorrhea and about 28,000 cases of the most infectious stages of syphilis (primary and secondary).

“Increases in STDs are a clear warning of a growing threat,” Jonathan Mermin, MD, MPH, director of CDC’s National Center for HIV/AIDS, Viral Hepatitis, STD, and TB Prevention said in the press release. “STDs are a persistent enemy, growing in number, and outpacing our ability to respond.”

The authors of the report warn that women, infants, and gay and bisexual men shoulder the brunt of the burden of the STD epidemic. The following are some of the key statistics in this regard that were shared in the press release:

Of all of the infections, congenital syphilis, in particular, is preventable through routine screening, identifying the infection in pregnant women early, and thus, providing timely treatment. Therefore, the CDC is working on strengthening the diagnosis and treatment of syphilis in pregnant women and ensuring “prompt treatment of newborns at birth in the 10 states hardest hit by congenital syphilis.”

Perhaps most alarming is the growing number of gonorrhea cases because Neisseria gonorrhoeae have become increasingly resistant to available antibiotics used to treat the gonorrhea infection. To address this, the CDC is working closely with state and local health departments to help provide rapid testing for resistant-gonorrhea so that health officials can provide their patients with quick—and hopefully, effective&mdash;treatment.

Taking into consideration that half of MSM who are diagnosed with syphilis also were infected with HIV, the CDC is working with state health departments and clinics to integrate STD and HIV prevention services with other care services.

According to the press release, the CDC is asking that:

The only way to quell the STD epidemic is for everyone to come together—health departments, providers, and patients alike.