Despite their weakened immune state, patients who undergo solid organ transplant or hematopoietic stem cell transplants (HSCT) appear to have a high cure rate when they suffer Clostridioides difficile infection (CDI), according to new research.

The study, reported in the journal Transplant Infectious Disease, also showed that patients with a history of post-transplant cytomegalovirus (CMV) infection were at greater risk of recurrent CDI.

Corresponding author Emily A. Blumberg, MD, of the University of Pennsylvania, and colleagues, explained that it is well-known that transplant recipients are at a higher risk of CDI.1 That makes sense, the authors said, given that transplant patients often have prolonged hospital stays and prolonged exposure to antibiotics, both factors related to CDI risk. Yet, they wrote that the exact character of that increased risk is not fully understood.

“Characterizing the impact and risk factors for CDI in transplant recipients has been complicated as the majority of the studies involving this patient group are retrospective, single center studies, which are limited by small numbers of participants,” they said.

Blumberg and colleagues sought to look prospectively at CDI risk among patients in the two transplant groups—solid organ and HSCT. To do so, they recruited a global cohort of 132 patients, 81 of whom received solid organ transplants and the remaining 51 of whom received HSCT. The patients came from 12 international sites, though 4 sites accounted for the majority of enrollees. All of the patients were adults. They were enrolled if they had a first episode of CDI within 2 years of their transplant. Patient data were collected at baseline and at 90 days’ follow-up. The vast majority (97%) were hospitalized at enrollment, and most were on proton pump inhibitors and antibiotics within the 6 weeks before infection.

The authors wanted to find out when and whether CDI was cured, how durable that cure was, and how these data compared to reported incidences of CDI outcomes among other patient groups. What they found was largely encouraging.

The investigators found that CDI infection was reported at a median of 20 days following transplant, but that 83% of patients achieved clinical cure, which was defined as completing treatment with either a resolution of symptoms or a sustained period of fewer than 3 stools per day. Eighteen percent of patients had recurrent CDI, and 65.2% of patients achieved global clinical cure, defined as a cure maintained for 90 days. A total of 11 patients died during the study, though CDI was only believed to be the cause of 2 of those deaths.

The authors said those findings are different from some earlier research.

“Our study suggests that patients who experience first episodes of CDI within 2 years of transplant may actually have 90 day outcomes consistent with that of the general population, as opposed to the previously noted dire outcomes,” they wrote.

The authors said oral vancomycin alone (50%) and metronidazole (Flagyl) alone (36%) were the most common initial CDI therapies prescribed. The data showed vancomycin alone was associated with a greater clinical cure rate and a lower recurrence rate, though only the latter met statistical significance.

The authors concluded that their research adds important context to the issue of CDI risk in transplant recipients, though they said there is more research to be done.

“Our outcomes suggest that complications may not be as common as previously reported and that choice of initial treatment and CMV infection may be important factors impacting clinical cure and recurrence,” they said. “Future prospective studies will be necessary to better define optimal treatment and prevention strategies.” 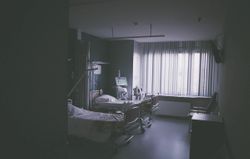