Entering the Phase of Phage: A Closer Look at Bacteriophage Therapy 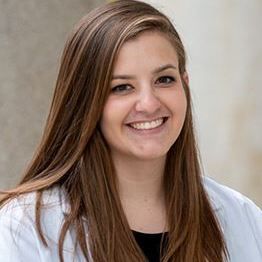 Bacteriophages are viruses that lead to the exponential lysis of bacterial cells by infecting specific bacterial hosts, and although bacteriophage therapy (BT) for the treatment of multidrug resistant (MDR) infections seems novel to most people, the concept of phages far precedes the antibiotic era. Phages were initially described in the 1920s and 1930s for the treatment of dysentery, urinary tract infections, and upper respiratory tract infections. However, the introduction of penicillin in the 1940s shifted focus away from BT to antibiotics for the management of infections. As we progress through the antibiotic era and see the increasing emergence of infections caused by pandrug-resistant pathogens, clinicians are again turning to phages as a potential treatment option.

Aslam et al are members of the Center for Innovative Phage Applications and Therapeutics (IPATH) at the University of California, San Diego, which serves as the United States’ largest group dedicated to the clinical use of BT for antibiotic-refractory infections. In their recent publication, this team of clinicians describes their process for reviewing requests for BT, shares data collected since the creation of the IPATH program, and provides a detailed report of 10 BT cases.

Between June 1, 2018, and April 30, 2020, IPATH received 785 requests for BT from clinicians in the United States and overseas. The number of patients excluded was vast, mostly due to IPATH’s decision that BT was not indicated (n = 525). A hunt for susceptible phages was only recommended in 119 cases (18.5%). Subsequent exclusions were due to no susceptible phages being identified (n = 31) and death of the patient before completion of the phage hunt (n = 10), among others (n = 11). Ultimately, 47 cases had susceptible phages identified and 17 patients were treated with BT.

The process from request to administration is lengthy and serves as a critical barrier to BT in some patients. The range of days between phage request and BT administration was 28 to 386 (median, 170.5 days), underscoring the importance of appropriate patient selection. Patients in septic shock or with a limited life expectancy may not be the best candidates, given the need to allow for a phage hunt and satisfy regulatory requirements. Due to the investigational nature of BT, each case requires a single-use investigational new drug (IND) application to the FDA and approval by the local Institutional Review Board. The IND application requires evidence of clinical need, proof of in vitro bacterial susceptibility to the phage, characterization of genes with known mechanisms of resistance, lack of lysogenic activity, proof of sterility of the product, and minimal exotoxin concentration. All the requirements can be time consuming and generate a significant lag time from phage identification to administration of therapy to the patient.

Seven of the 10 patients discussed in the study achieved clinical success via concurrent BT and systemic antibacterial therapy. Pathogens the investigators identified included Pseudomonas aeruginosa, Acinetobacter baumannii, and Staphylococcus aureus. The authors include the breakdown of pathogens for all requests made to IPATH, and the subset of patients that received BT is shown in the Table. All patients received intravenous (IV) BT, and 1 patient received nebulized BT in conjunction with IV BT. 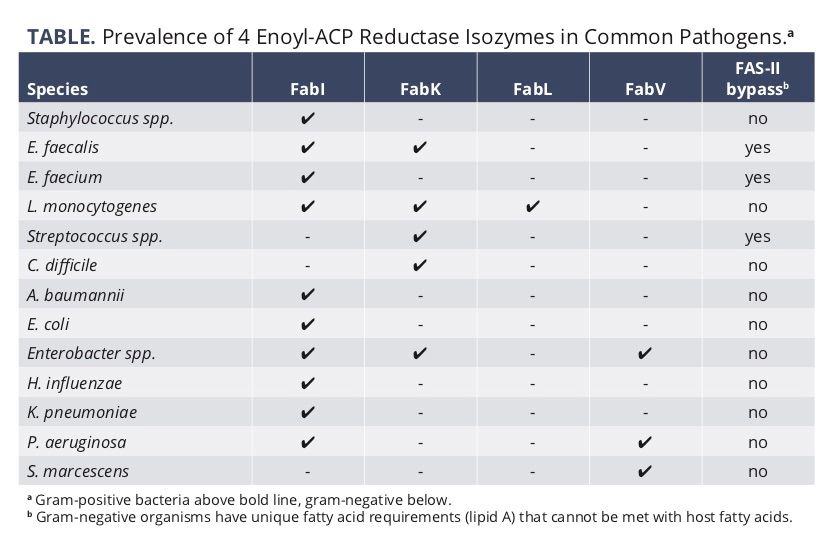 The authors also described the development of phage resistance while on therapy in 3 of the 10 cases. Fortunately, they were able to identify alternative phages to overcome the new resistance, but additional experience is needed to determine the best methods at preventing the development of phage resistance. The concept of synergy between antibiotics and phage therapy is also not well studied but is of great interest to aid clinicians in developing optimal treatment regimens.

Identifying the appropriate time and place in therapy for phages is the most challenging aspect. Patients with limited antibiotic options for chronic MDR infections, with a life expectancy longer than the median time to administration of BT, seem to be the best candidates. Clinicians considering BT for patients should make a request to IPATH early in the patient’s chronic infection course to help mitigate some of the delays to administration shared by the authors. Although most patients received IV, hospital-administered BT alongside systemic antibiotic therapy, additional experience will be necessary to confirm the safety of both nebulized and self-administered BT given the limited numbers for each in the study’s 10 cases, although current experience suggests feasibility and safety.

Meagan Adamsick is a Clinical Pharmacist in Infectious Diseases and Internal Medicine at Massachusetts General Hospital. 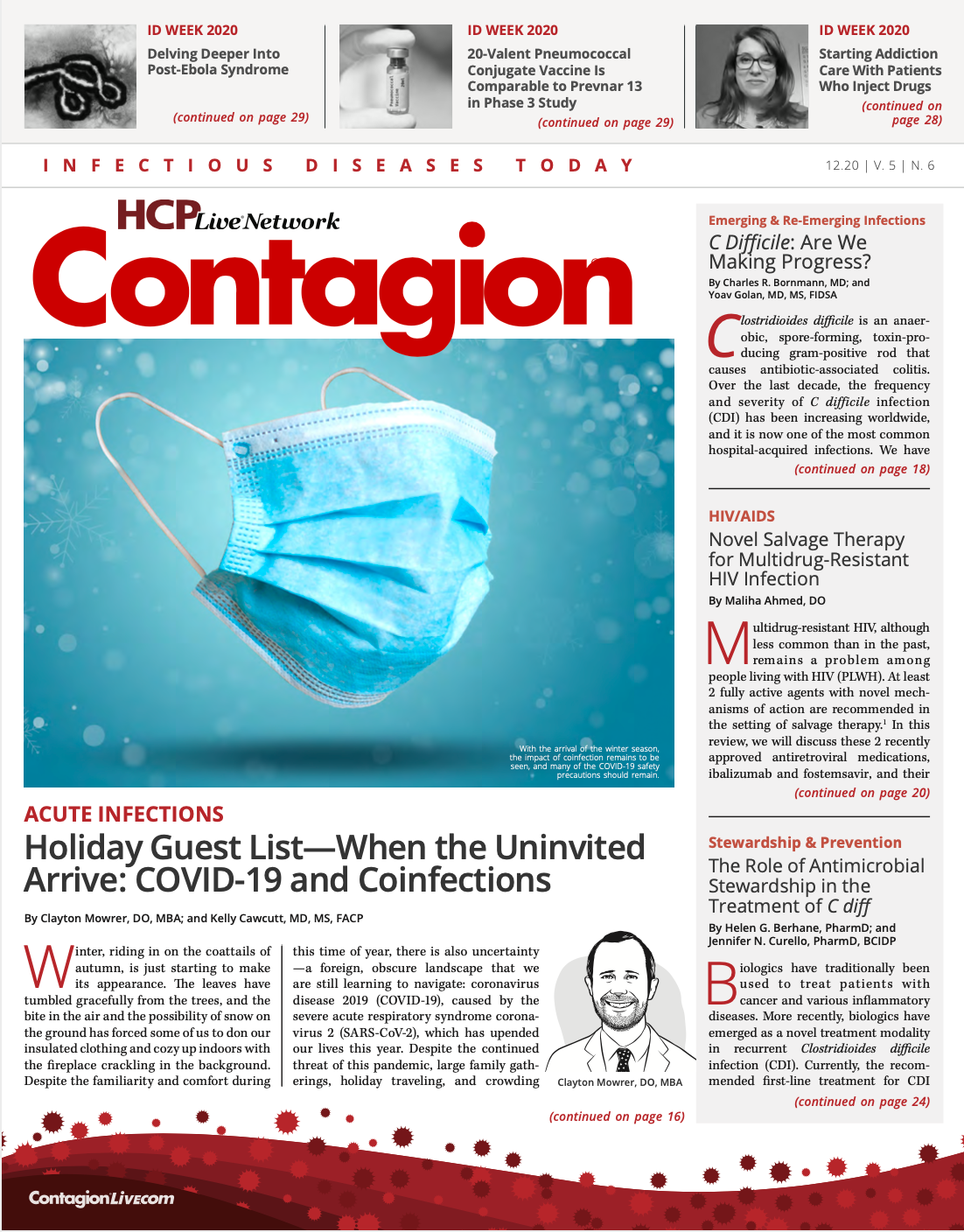 A Case of Pneumonia and Bacteremia in a Trauma Patient Caused by Bordetella hinzii
Emerging Options for Treatment and Prevention of HIV Infection
The Role of Antimicrobial Stewardship in the Treatment of C difficile
IDSA Guidance on the Treatment of Antimicrobial Resistant Gram-Negative Infections
Novel Salvage Therapy for Multidrug-Resistant HIV Infection
C. Difficile: Are We Making Progress?
Fostemsavir for Multidrug Resistant HIV-1: It’s Time for HIV to Overcome Attachment Issues With CD4 Cells
Entering the Phase of Phage: A Closer Look at Bacteriophage Therapy
Emergency Use Authorizations for COVID-19 Therapeutics: The Good, the Bad, and the Data-Deficient
Holiday Guest List—When the Uninvited Arrive: COVID-19 and Coinfections
Related Videos
Related Content