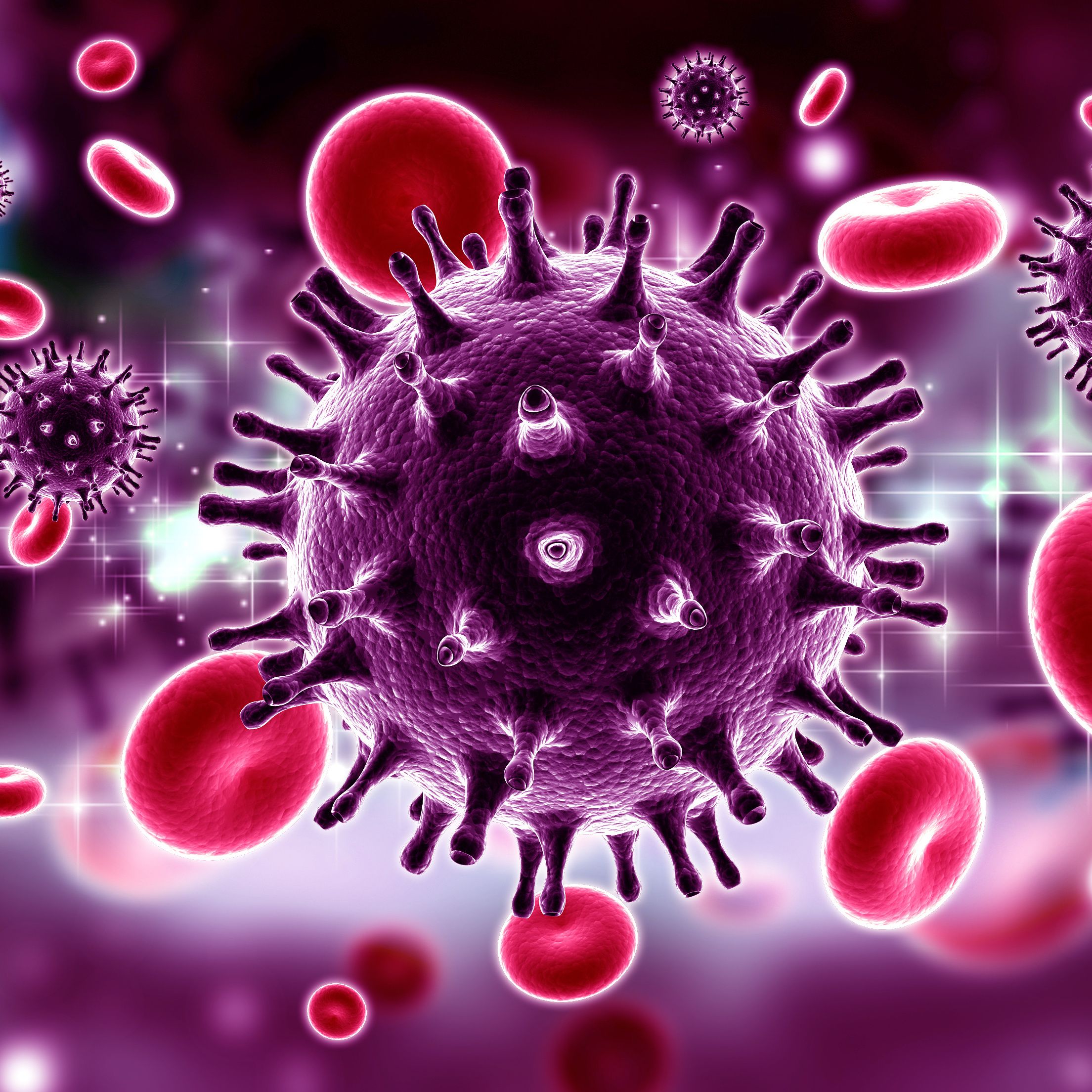 Multidrug-resistant HIV, although less common than in the past, remains a problem among persons living with HIV (PLWH). At least 2 fully active agents with novel mechanisms of action are recommended in the setting of salvage therapy.1 In this review, we will discuss these 2 recently approved antiretroviral medications, ibalizumab and fostemsavir, and their role as salvage therapy in multidrug-resistant HIV.

Fostemsavir (FTR) is a CD4 attachment inhibitor, specifically for the treatment of heavily treatment-experienced adults with multidrug-resistant HIV-1 who have failed their current regimen. FTR is a prodrug of the active temsavir, which binds to the HIV-1 viral envelope glycoprotein 120 (gp120) and prevents interaction between the virus and the correlating CD4 receptor.2

FTR is dosed at 600 mg orally twice daily (BID).2 It is quickly metabolized into its active form, temsavir, and has a half-life of about 7 to 14 hours. It is excreted mostly in urine (44%-51%) and feces (33%), and minimally in bile (5%).2 The pill should not be crushed or split. High-fat meals enhance bioavailability and absorption time but do not affect the maximum concentration achieved.2 Stomach acid–lowering agents have not been found to affect the concentration of FTR, and patient weight variability has not been found to change dosing needs to reach maximum efficacy.2 No dosing changes are necessary for patients on hemodialysis or with renal dysfunction.2 Mild hepatic impairment can cause an increase in drug levels, but patients with severe hepatic impairment have not been studied.2

The pivotal FDA registration trial was the multiphase, two-cohort BRIGHTE study.3 Cohorts were assigned based on the participants’ remaining treatment options. The first (randomized) cohort included participants who still had the option of 1 or 2, fully active, approved antiretroviral agents (ARVs).3 They were randomized into 2 groups: One received FTR 600 mg BID in addition to their regimen, and the other received placebo in addition to their regimen.3 After 8 days, both groups of this cohort were then placed on an optimized regimen plus FTR 600 mg BID.3 The second (nonrandomized) cohort included participants with no fully active ARVs left as options.2 They were placed on an optimized ARV regimen plus FTR 600 mg BID.2,3 After 8 days of treatment, the treatment group of the randomized cohort had a statistically significant drop in log10 HIV RNA.2,3 At 48 weeks, 54% of the randomized cohort reached a viral load of <40 copies, and 38% of the nonrandomized cohort also reached viral suppression with <40 copies.3 After 96 weeks, these percentages were 60% and 37% in the treatment group of the randomized cohort and in the nonrandomized cohort, respectively.2

The most common adverse effects (AEs) reported in the BRIGHTE trial were nausea, diarrhea, and headache.2 During a 96-week safety analysis, serious AEs were noted in 12% of the treatment group and 14% of the control group. Of the FTR group, 2.5% discontinued treatment due to AEs, compared with 10% of the control group.2 As a substrate of CYP3A enzyme, FTR is contraindicated with any strong CYP3A inducers.2

As of August 2020, the list cost for FTR is $7650 for a 30-day supply.4 Compassionate use of fostemsavir through ViiV Healthcare is available only outside of the United States.4

Ibalizumab (IBA) is an immunoglobulin G4 monoclonal antibody that acts as a postattachment inhibitor.5 Usually, gp120 attaches to domain 1 of the CD4 receptor to begin HIV’s entry process.5 IBA binds to domain 2 of the CD4 receptor, causing steric hindrance and blocking HIV entry after gp120 attachment.6 Importantly, the binding of IBAs to CD4 cell receptors does not interfere with normal CD4-related immune functions.6

IBA is administered intravenously (IV); the loading dose is 2000 mg, followed by subsequent doses of 800 mg IV every 2 weeks.6 It is not thought to distribute to the extravascular space.6 Half-life is 72 to 84 hours, and there is no effect on serum levels based on renal or hepatic impairment.6 At 21 days of therapy, 97% of patients had a CD4 cell receptor occupancy of 85% or higher.6 At week 25, this percentage was 81%. IBA must be administered IV, and after diluting the drug prior to administration, it can be stored only up to 4 hours at room temperature, 20 ºC to 25 ºC, and 24 hours if refrigerated.6 It must be at room temperature prior to administration.5

The TMB-311 trial was a single-group extension trial that included 2 cohorts. The first cohort included participants from TMB-301 and from TMB-202, a phase 2b trial; the second cohort included IBA-naïve patients who had HIV viral load >1000 copies/mL, resistance to at least 3 drug classes of ART, and full sensitivity to at least 1 class of ART.6,7 Participants from TMB-301 and TMB-202 continued to receive the same regimens they were receiving within their trials (which included FTR in some cases), and cohort 2 was started on a loading dose of IBA (2000 mg), followed by a maintenance dose of 800 mg IV every 2 weeks.6,7 Results showed that at weeks 24, 48, and 96 for cohort 1, 59%, 59%, and 56% of participants reached HIV viral load of <50 copies/mL, respectively.5,6 In cohort 2, at weeks 24 and 48, 46% and 47% reached viral suppression with <50 copies/mL, respectively.6,7

IBA carries the theoretical risk of infusion-related hypersensitivity reactions and anaphylactic shock; however, these have not been described in any clinical trials.7 IBA is well tolerated overall; common AEs reported in TMB-301 were diarrhea, nausea, dizziness, and rash.7 All other serious reactions noted were not due to IBA.7 The longer-term TMB-311 trial did not note any new AEs, and tolerability was maintained over 96 weeks.6 No adverse interactions between IBA and other ARTs have been seen, and no significant drug-drug interactions have been noted with IBA.7

The cost of IBA is $8930 for a 28-day supply of maintenance dose.8 Due to its high price, this medication was not found to be cost-effective in one analysis.8 However, the overall impact of cost will be limited by the relatively small number of patients who will require this medication.8

Resistance is conferred by decreased viral expression of specific binding sites in the gp120 envelope protein, which overcomes the steric hindrance produced by IBA.9 In the TMB-301 trial, 7 patients met criteria for virological failure, and 3 had virologic rebound after initial suppression.9 Researchers identified this mechanism of resistance as the cause of failure in 8 of these 10 patients. Currently, no commercially available resistance panel includes IBA.9

FTR and IBA have recently been FDA approved for use in heavily treatment-experienced individuals with multidrug-resistant HIV, and each medication brings a new mechanism of action to the arsenal of ARVs currently available. Data from the trials outlined above are promising in the ongoing effort to control HIV globally, particularly for heavily treatment-experienced PLWH with multidrug resistance and limited ARV options.

Maliha Ahmed, DO, is an infectious diseases fellow at Thomas Jefferson University Hospital in Philadelphia.