FMT Proves to Be Effective and Acceptable Treatment for rCDI

Fecal microbiota transplantation (FMT) is a widely accepted, safe, and effective treatment for recurrent Clostridium diffi&shy;cile infection (rCDI), but does the cure endure?

Fecal microbiota transplantation (FMT) is a widely accepted, safe, and effective treatment for recurrent Clostridium diffi&shy;cile infection (rCDI) that has made its way into the latest Infectious Diseases Society of America guidelines.1 But does the cure endure? A recent study in Clinical Infectious Diseases by Mamo et al evalu&shy;ated the durability and long-term outcomes associated with FMT.2

This was a telephone follow-up survey and chart review of 137 patients who received FMT predominately via colonoscopy at Emory University for rCDI between 2012 and 2016. The median age of the patients was 66 years (range, 19-91). All patients had failed at least 1 course (median 4 courses) of C difficile treatment before they were offered FMT. The majority had been treated with oral vancomycin either alone or in combination with fidaxomicin, metronida&shy;zole, or rifaximin. Eighty-five percent of partici&shy;pants had completed 1 FMT at survey time and a small percentage had received between 2 and 4 procedures.

The primary outcome of the study was absence of rCDI post FMT at survey time, defined as diar&shy;rhea after FMT that was positive for C difficile by polymerase chain reaction (PCR). The median time from the last FMT to follow up was 22 months (range, 3-51).

Overall, 82% of patients had a durable cure of CDI after FMT. Although almost half expe&shy;rienced recurrent diarrhea after FMT, 64% was either self-limited or C difficile PCR negative and not attributed to rCDI. Post-FMT antibiotic expo&shy;sure was more common in the RCDI group (75% vs 38%), and treatment with a cephalosporin, clindamycin, or fluoroquinolone after FMT was associated with an estimated odds ratio of 3.78 (95% CI, 1.16-12.30) for CDI recurrence compared with other antibiotics.

Previous studies have looked at post-FMT relapse rates,3 but the Mamo study stretches that follow-up time by several months and involves a larger number of patients. It reaffirms that FMT is an effective means of “breaking the cycle of rCDI”3 and adds to the growing evidence that FMT is a safe procedure without significant adverse events in an extended follow-up period. Additionally, this study’s findings reaffirm the importance of anti&shy;biotic avoidance post FMT, especially in those known to carry a higher risk of CDI. Obviously, 100% avoidance is unrealistic, and the authors call for more research into strategies that can preserve microbiome diversity in patients who require antibiotics post FMT. Prophylactic FMT, as the authors suggest, may be one such strategy, although this has not yet been evaluated. 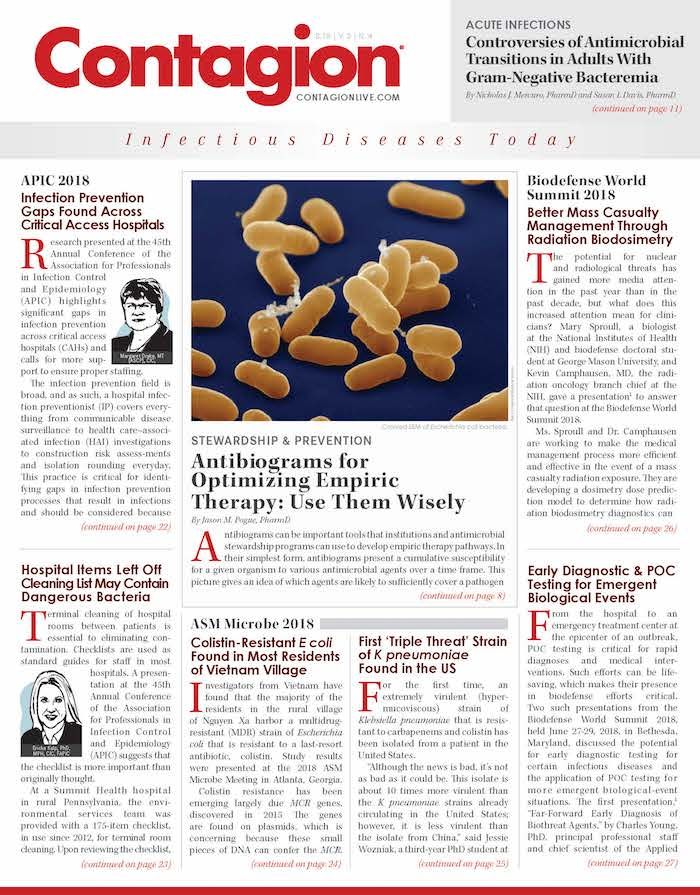