Although overall incidence rate has declined slightly in recent years, increases in the incidence in certain subgroups emphasize the importance of early diagnosis, risk-based screening, and PrEP for at-risk individuals. 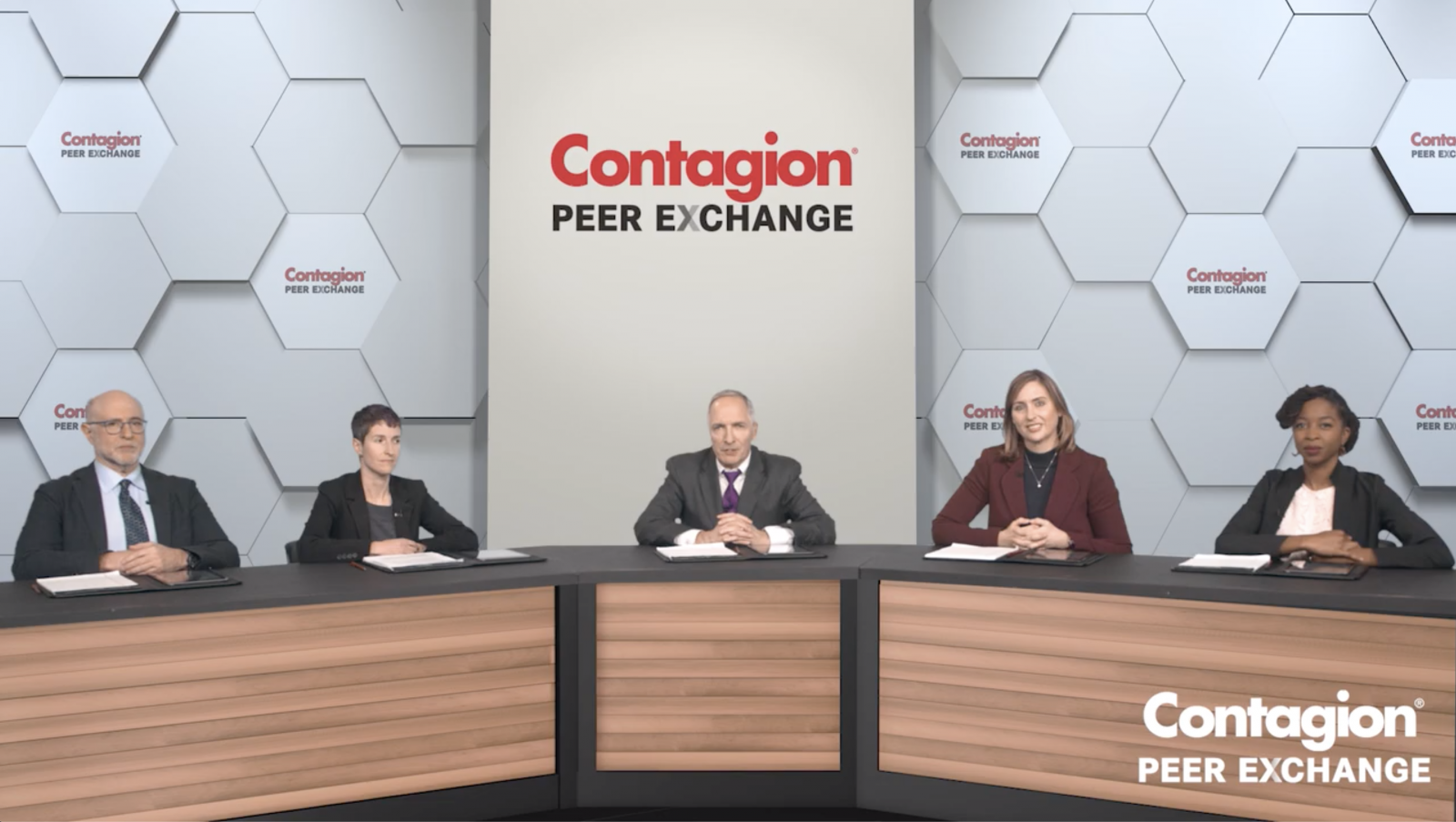 Although the overall incidence rate of HIV infection has declined slightly in recent years, increases in the incidence in certain subgroups emphasize the importance of early diagnosis, risk-based screening, and preexposure prophylaxis (PrEP) for individuals at high risk for infection, according to panelists who participated in a Contagion® Peer Exchange Panel.

Burden of HIV in the United States and Associated Symptoms

According to a CDC estimate, approximately 1.2 million people 13 years and older in the United States were living with HIV in 2018, with nearly 38,000 new infections that year.1 While the overall incidence rate decreased by 11% from 2010 to 2017, Julia Marcus, MD, MPH, pointed out that rates of new diagnoses are increasing in certain subgroups, notably Hispanic/Latino, Asian, and American Indian/Alaska Native men who have sex with men (MSM).2 Data from the CDC’s HIV Surveillance Report also showed increases in incidence in the 15- to 19-, 25- to 29-, and 30- to 34-year-old age groups.3

“Unfortunately, young people seem to account for about 25% of new infections,” said Allison L. Agwu, MD, ScM. “We’re not really making a dent in that.”

Ian Frank, MD, added that the HIV epidemic has shifted to the southeastern United States, with more than half of new US cases occurring in that region in 2017.4 “There [are] many sociological and political reasons for that,” he said. “It’s really important for us to be aware of and to consider [when] making public health decisions in this country.”

Agwu said that many of her patients report having a flu-like illness prior to diagnosis, which may include fever, chills, muscle aches, and rash. She added that identification and intervention in the early stages is particularly important for preventing transmission because the viral load is high then.

“They present with the ‘flu,’ but it’s a viral illness, and it’s the acute presentation of HIV,” Agwu said. “Often they seek medical care and are treated for the flu, or they’re sent home with symptomatic management, and that’s when they actually could have been tested and diagnosed with HIV. In these cases, it’s an opportunity and important for us to recognize that people can present like that.”

Frank added that he has observed a recent increase in known acute infections in Philadelphia because of the improved methodologies to perform rapid testing on individuals coming into the emergency department. “We’ve helped our [emergency department] faculty become a little more sensitive to that diagnosis,” he said.

Agwu, who frequently treats patients in the later stages of disease, said that the patients she sees may be asymptomatic; report nonspecific symptoms like sore lymph nodes, fatigue, rashes, yeast infections, and night sweats; or have signs of end-stage disease, such as a CD4 count less than 200 cells/mm3 or opportunistic infections.

“There are some deficits in our health care system where the system is not engaged, so we really do see the range [of presentations],” Agwu said.

Colleen Kelley, MD, MPH, added that many patients who are diagnosed in the late stages had touched the health care system multiple times over the course of their disease but were not tested for HIV.

“There were missed opportunities for diagnosis where we could have intervened early on and preserved their health, as well as reduced their risk of transmission to [sexual] partners,” Kelley said.

The United States Preventive Services Task Force (USPSTF) recommends that all individuals aged between 15 and 65 years should be tested for HIV at least once in their life; pregnant women and individuals younger than 15 years and older than 65 years who are at high risk for infection should also be tested.5 Although the USPSTF did not have sufficient evidence to establish optimal screening intervals, they stated that repeat screening is reasonable for individuals at increased risk for HIV infection, including sexually active MSM and individuals who have a sexual partner living with HIV, use injectable drugs, have transactional sex or perform commercial sex work, or have at least 1 new sexual partner with unknown HIV status since their last HIV test.5 Frank added that pregnant women who have been tested earlier and may have been exposed to HIV should be tested again in the third trimester because a woman with acute infection is at high risk for transmitting the infection to her newborn.

However, identifying high-risk individuals in clinical practice remains a challenge, according to Marcus. Although some risk assessment tools are available, she pointed out that the tool is primarily designed for MSM.

“A provider already has to know that a patient was in that risk group before they’re going to use one of these tools,” said Marcus. “They’re hard to use in a busy clinical practice, and they also underestimate HIV risk in black men who have sex with men. HIV risk for that community is much more driven by network factors.”

The panelists also discussed the importance of discussing sexual activity and behaviors with patients, a topic often not addressed in clinical practice.

“There are studies that showed the average provider, even the [provider who specializes in caring for] adolescents, spends only 30 seconds talking to adolescents about sex,” said Agwu. “Imagine what’s happening in [terms of discussing sex with] the group of people aged over 55 years. Some physicians and patients may be uncomfortable, and we may not even bring it up. Essentially, we have a whole problem talking about sex.”

Evaluation of high-risk behaviors is also important to identify whether a patient is a good candidate for PrEP, but asking patients, particularly older ones, about their behaviors can be challenging, according to Frank.

The CDC says a risk factor for women “is having sex with a high-risk partner,” said Agwu. “If you ask the question like that, of course they’re going to underestimate their risk. If you’re living in a high-risk zip code and you say, ‘Are you having sex with a high-risk partner?’ [the patient will likely answer,] ‘No, I have had 1 partner. No, I’m not.’ However, just living in that zip code, your partner is at higher risk of obtaining HIV. We have to think about how we ask those questions and routinize how we offer treatment, offer testing, and then offer PrEP.”

Kelley agreed that knowing the local epidemiology is also important to consider when assessing a patient’s risk. “Are you in a place where there is high prevalence and new infections that are still turning up, like many places in the Southeast? Or are you in a place where you know there’s maybe not a lot of transmission ongoing?”

The 2 combinations approved by the FDA for PrEP are tenofovir disoproxil fumarate-emtricitabine (TDF-FTC; Truvada) and tenofovir alafenamide-emtricitabine (TAF-FTC; Descovy). Frank said that the newer TAF-FTC, Descovy, is as effective and slightly safer than TDF-FTC; it has lower renal toxicity and causes less of a decrease in bone mineral density. He emphasized that PrEP is very effective when people adhere to taking it, but he cautioned that women may need to have higher rates of adherence than men because of the differences in how the drugs enter the tissues and the drugs’ concentrations in mucosal tissues, where patients are most likely to be exposed.

Marcus added that although the newer TAF-FTC is thought to be safer, it is not approved for women at risk for HIV through receptive vaginal sex because it has been evaluated only in MSM and a small number of transsexual women. She added that adverse effects have been observed with TAF-FTC, including increased cholesterol and weight gain, but that both drugs are generally very safe with low rates of discontinuation.

Because of the relative safety of both regimens, Marcus concluded that cost may be a more important consideration when choosing a PrEP regimen, as a generic version of TDF-FTC will be available later in 2020 that could save tens of thousands of dollars. “The cost issue is really relevant here,” said Marcus. “It could make a huge difference once the cost begins to go down on generics.”