There are a number of programs designed to help lower rates of infection and transmission amongst this industry's workforce in South Africa. 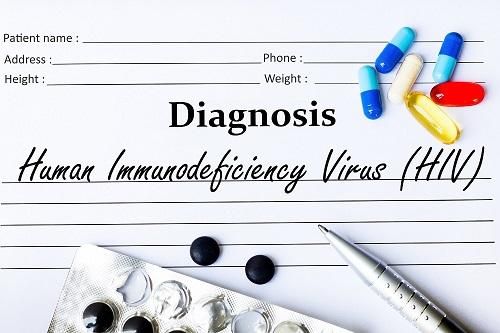 A new cross-sectional analysis of sex workers in South Africa suggests that they have an “extraordinarily high” HIV incidence rate, and thus require significantly more outreach and intervention in order to curb HIV transmission within the population as a whole.

The analysis, published in The Lancet HIV, showed an HIV incidence rate of 5 cases per 100 person-years. The authors said the data show that viral suppression among HIV-positive sex workers will be a key facet of achieving the United Nations’ “95-95-95” goals, which call for 95% of people who are HIV positive to be aware of their status, 95% of people who know they are HIV positive to be on treatment, and 95% of people on treatment to achieve viral suppression by 2030.

Corresponding author Reshma Kassanjee, PhD, of the University of Cape Town, and colleagues, said an estimated 7.3 million adults in South Africa are HIV-positive, but women make up nearly two-thirds of those cases. In fact, one-quarter of women between the ages of 15 and 49 are believed to be infected with the virus, they said. Still, rates are much higher among sex workers, who face challenges such as economic insecurity, violence, and the burden of engaging in a criminalized profession.

South Africa has responded to the problem by creating a number of programs designed to help lower rates of infection and transmission amongst sex workers, in part by leveraging workers themselves as peer educators. Still, the investigators said analyzing the success of such programs is difficult without clear data on HIV incidence within this population.

Kassanjee and colleagues decided to analyze a 2019 national survey of sex workers that included data on self-reported HIV status, demographic characteristics, and exposure to violence. They enrolled 3,005 people, of whom 2999 had HIV test results available. Among those respondents, HIV-positivity and the experience of sexual violence were common. More than half (1714 people; 57.2%) said they tested positive for HIV, and 48.3% said they had experienced violence from a client within the past year. Overall, the measured HIV prevalence was 62.1% (95% confidence interval, 60.3-65.7), the investigators said.

Though very high, Kassanjee and colleagues said the estimates in their study were not out of line with other studies showing that HIV is a significant health burden among sex workers. Yet, they added that there is evidence that some of the public health outreach programs are producing results.

“The extraordinarily high risk of HIV acquisition is only partly offset, in terms of net harm, by high treatment coverage with moderate viral suppression rates,” they wrote.

The investigators added, however, that economic and healthcare burdens caused by the COVID-19 pandemic could potentially reverse some of the positive trends.

“We are concerned that the broadly positive cascade of care indicators that are observed among populations of female sex workers who are linked to sex worker programs are under threat and will need to be reviewed,” they said.

Kassanjee and colleagues said the role of sex work in spreading HIV demands that programs for sex workers remain a key part of HIV prevention. They said these new data should help provide guidance with which to assess the success of such programs.