For individuals willing to self-collect specimens, staying on PrEP in order to avoid HIV infection may get significantly easier. 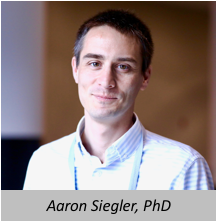 Although pre-exposure prophylaxis (PrEP) has proven to be a boon for people at risk of contracting HIV, among its burdens are the need to schedule in-person follow-up visits with clinicians as many as 4 times a year.

To reduce the likelihood of people giving up on PrEP because of difficulty committing to multiple annual visits, a team of investigators created PrEP@Home, a home-based monitoring system that will allow people on the PrEP regimen to meet with their health care providers just once a year, its creators say. They recently conducted a study measuring how well PrEP@Home worked, and the results were promising.

Several weeks before their next scheduled clinic visit, each participant received a box containing self-collection specimen containers, a prepaid mailer for the specimens, and the phone number for a round-the-clock help line. The participants were also asked to watch an instructional video prior to providing urine samples, blood samples collected through finger pricking, and nasal and rectal swabs, all of which they mailed to a laboratory. They also filled out behavioral surveys.

If markers of sexually transmitted disease or adverse effects of PrEP were noted in their lab results or anything in their behavioral surveys was cause for concern, the participants were expected to visit with a provider for follow-up and treatment.

“Abnormal creatinine is a marker for a known but uncommon side effect of the medication used for PrEP, [impaired] kidney function,” Aaron Siegler, PhD, associate professor at the Rollins School of Public Health and an author of the study, told Contagion®. “This would require clinical intervention, although no individuals in this small study experienced the low creatinine levels that would indicate clinical follow-up.”

Based on the survey and specimen results, nearly all participants were eligible to receive refills of their PrEP medication without having to visit a clinician in person. The average participant rating of PrEP@Home was “good,” with 85% saying they would prefer at-home testing to in-person visits for the upcoming year. And 22 out of the 55 subjects claimed that PrEP@Home would make it more likely that they’d continue taking PrEP.

Scientists are hoping that the ease with which PrEP@Home users can receive PrEP refills will indeed keep them on the medication. A prior study of PrEP clinics found that patients who were willing and able to visit their health care providers quarterly had high rates of adherence. However, 3 months after beginning PrEP, fewer than three-quarters of all participants (72%) were still in care. At 6 months, just 57% of all participants were in care. Being able to perform self-testing will hopefully lower the dropout rate.

The investigators are hopeful that young men and African-American men, who are disproportionately affected by HIV, may derive particular benefits from PrEP@Home.

“These populations have a higher likelihood of facing transportation barriers, with lower car ownership in these groups,” said Dr. Siegler. “Moreover, these groups are less likely to have access to insurance.”

The investigators, partnering with the National Institutes of Health, are about to begin enrollment for a randomized clinical trial of men who have sex with men (MSM) in urban locations; this trial will compare PrEP@Home to traditional PrEP care when it comes to retention in care. Also on the horizon is a study focusing on rural youth. “We are about to launch a separate trial as part of the HIV adolescent medicine trials network that would assess the impact of providing PrEP to young MSM in rural areas,” said Dr. Siegler.

The hope is that using PrEP@Home will allow vulnerable young people to overcome transportation and privacy barriers in far-flung locales and remain engaged in care.