Candida and C Diff: Rise in Coinfections Could Be the Next Big Health care-Associated Concern

Coinfection with Clostridium difficile (C diff) and Candida species represents an intersection of 2 of the most concerning health care-associated infections, and now a new paper by investigators in Italy explores these coinciding bacterial and fungal infections.

A 2017 survey found that nearly 10% of Americans hospitalized for candidemia—a fungal infection of the bloodstream—were coinfected with C diff, a bacterium which causes nearly half a million intestinal infections in the United States each year. According to the US Centers for Disease Control and Prevention (CDC), there are about 25,000 cases of candidemia in the US each year. A review paper published in the journal Expert Review of Anti-infective Therapy analyzes the physio-pathological mechanisms underlying the Candida and C diff coinfection, as well as its management, including in cases where candidemia occurs both before and following C diff infection (CDI).

In the new paper, investigators from the University of Pisa and Sapienza University of Rome note that, since the first-reported association between CDI and subsequent candidemia in 2013, newer research has identified Candida-C diff coinfection as a clinical entity. “The sharing of similar risk factors partially explains this mutual association. However, the observation that the sequence CDI-candidemia is more frequent than candidemia-CDI led scientific community to research a specific pathophysiological explanation of this finding,” the investigators write. “The alteration in the gut microbiome and the loss of intestinal barrier are the crucial processes favoring the development of candidemia in patients with CDI.”

Based on the findings of their review, the investigators propose an updated guide for clinicians on the recognition and the management of Candida-C diff coinfection, noting that patients with Candida-C diff coinfection have 30-day mortality rates ranging from 26% to 60%. Their recommendations include prompt identification of hospital patients at high risk for candidemia, improved laboratory surveillance and diagnostics for candidemia in patients with CDI, avoidance of the use of vancomycin at high doses for CDI patients at risk of candidemia in exchange for alternative treatments, and further investigation evaluating the role of nystatin prophylaxis to prevent candidemia in patients with CDI.

In addition, based on the increased research into fecal microbiota transplantation to manage recurring CDI, the investigators note that there have been no studies evaluating the potential role of this procedure for the reduction of Candida-C diff coinfection.

“Finally, the biggest challenge in this field is represented by the effort in increasing the knowledge of clinicians toward Candida-C diff coinfection,” the investigators conclude. Because of the increased prevalence of CDI in residential homes, long-term care facilities, and in community settings, awareness about the potential association between candidemia and CDI should be advocated not only in hospital setting, but also among clinicians that work in long-term care facilities and among family physicians.

Expert Perspectives on Advances in the Management of Clostrioides difficile: Bezlotoxumab and Unmet Needs 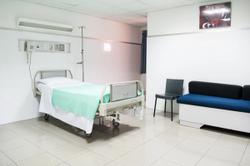 Hospitals That Use More Antibiotics May Have More C Difficile Infections