Although advances in HIV treatment mean many people with the condition are able to achieve viral suppression and display no outward signs of illness, kidney disease is still a fairly common occurrence in those who are infected. 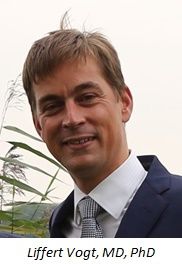 Although advances in HIV treatment mean many people with the condition can achieve viral suppression and display no outward signs of illness, HIV is not a benign condition. Kidney disease is common in individuals with HIV, with about 30% of those infected experiencing it. A new Dutch study sheds further light on the relationship between HIV and kidney impairment, highlighting the particular risks faced by the middle-aged and older HIV-positive population.

Scientists at the Academic Medical Center in Amsterdam used data available from 596 HIV-infected and 544 HIV-uninfected adults who were either seen in Academic Medical Center health clinics from 2010 to 2012 or were part of an HIV/AIDS cohort study at the institution. All study subjects were followed for 4 years and assessed for 3 manifestations of kidney disease: a decline in the estimated glomerular filtration rate (eGFR), a measure of how quickly blood moves through the glomeruli; albuminuria; and proximal renal tubular dysfunction.

“We found that treated HIV-infected individuals had more frequent kidney function impairment and were more likely to develop rapid decline of kidney function over time,” Liffert Vogt, MD, PhD, an internist nephrologist at the Academic Medical Center and an author of the study, told Contagion®. “The kidney-related disorders in HIV-infected patients were associated with traditional and modifiable risk factors. For clinical practice, this indicates that stop[ping] smoking, lowering high blood pressure, and prevention of nephrotoxic medications translate [to] preservation of kidney function. Yet, these traditional factors [for kidney disease] could not completely explain the whole story. We found that a history of advanced HIV disease corresponds with a high risk for kidney problems.” The scientists feel that the chronic inflammation generated in HIV-infected individuals, even those whose viral levels are suppressed by ART, is a likely culprit.

“With regard to the mechanisms of chronic systemic inflammation in individuals with chronic, suppressed HIV infection, this is highly complex and not well understood,” Jeffrey Kopp, MD,

chief of the Kidney Diseases Branch of the National Institute of Diabetes and Digestive and Kidney Diseases, and the author of an editorial on the Dutch study that also appeared in The Journal of Infectious Diseases, told Contagion. “Multiple mechanisms may contribute, including gut dysfunction, leading to microbial translocation; also, immunosenescence, monocyte activation, dysmetabolism and hypercoagulable state.”

Although HIV and its attendant inflammation can cause kidney complications, the treatment for the virus can cause complications as well. Because the older generation of ART was more toxic to the kidneys than newer medications typically prescribed to HIV patients, patients of a certain age (the average age in this study was 52.5 years) are likely to have spent time taking the more harmful drugs. One drug of particular concern is tenofovir disoproxil fumarate (TDF), which was taken by 85% of the study’s participants for an average duration of 4 years and which is known to be associated with proximal renal tubular dysfunction. Previous studies have highlighted the negative effects of tenofovir on the kidneys of HIV-infected patients.

Despite the risks and side effects of HIV treatment, however, it is imperative that individuals who are living with the disease have access to a regimen of therapy and stick to it so as not to progress to full-blown AIDS. “For the sake of protection [of] the kidneys, people with HIV should start ART as soon as possible,” says Dr. Vogt.