Each day, advancements are made in the fight against HIV—a virus that plagues a staggering 36.7 million individuals around the world. Recently, the National Institutes of Health (NIH) made another discovery that sheds light on another means by which HIV can spread and infect new cells.

The researchers have found that the virus receives help when it comes to spreading infection, from tiny, “bubble-like structures” called extracellular vesicles (EVs). According to the press release, most of the time, EVs “are thought to ferry molecules from one cell to another, providing a means of communication.” However, under these circumstances, HIV-infected cells appear to release EVs, which can manipulate “prospective host cells,” thus allowing HIV to spread to other cells.

So, how do EVs created by HIV-infected cells form? The process is similar to how a new virus would form. 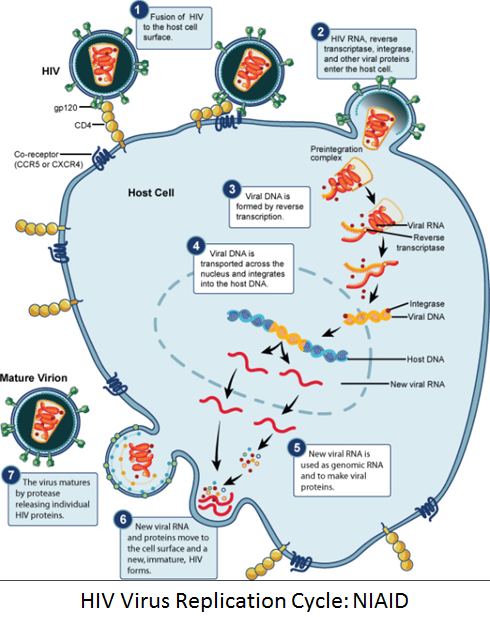 A structure forms on the surface of the cell’s outer membrane, “like a bulge on an inner tube,” and then, sooner or later, part of the “membrane bubble” that is closest to the cell surface separates to form a discrete sphere. According to the press release, “In the case of the virus, the sphere contains HIV’s hereditary material, RNA.” However, EVs do not usually contain HIV RNA; in fact, if they do, it’s a very small amount, and so they are not capable of infecting cells.

In the recent study, published in Scientific Reports, researchers from Eunice Kennedy Shriver National Institute of Child Health and Human Development (NICHD) set out to isolate the virus and EVs from infected cultures. After separating the two, they proceeded to test if the virus was capable of infecting new cultures, with and without the help of EVs.

To do this was no easy feat; since EVs are small in size, isolating them from infected cultures using “conventional techniques” would be incredibly difficult. Therefore, the researchers created a new technology that used antibodies. In the study, the researchers “chemically attached magnetic nanoparticles to the antibodies,” waited for the altered magnetic antibodies to latch onto its “targeted molecule,” which was located on either the EV or virus surface, and then used magnetic forces to extract the EVs or the viruses out of the solution.

The study’s senior author Leonid Margolis, PhD, of the Section of Intercellular Interactions at NIH’s NICHD, explained that when EVs and HIV are released by cells, they “take with them many proteins found in the cell membrane.” However, HIV does not take all of the same proteins that the EVs do; the EVs also take the CD45 protein as well as the acetylcholinesterase enzyme.

To "pull" the EVs from the cultured HIV, the researchers targeted the EV-specific proteins. They found that EVs created by HIV-infected cells also carry an HIV protein on their surfaces, a protein that helps the virus latch on to cells throughout the infection process. The HIV protein in question? Gp120.

By adding the “EV-depleted sample to blocks of human lymphatic tissue,” the researchers found that the HIV infections within the cultures were 55% lower than the controlled sample that still had the EVs. The researchers attributed this drop in infection to the loss of the gp120 which the EVs would have provided. Although EVs do not have enough HIV RNA to actually infect a cell, the researchers postulate that “the gp120 on the EV surface can interact with the host cell, allowing HIV to infect it more easily.”

With these findings, new therapies can be created to target EVs. “If we remove extracellular vesicles from HIV laboratory preparations, we also reduce HIV infection of human tissues in culture,” Dr. Margolis shared. “Therapies that target extracellular vesicles could potentially hinder the ability of the virus to infect new cells.”