Investigators say a bacteriophage trial that was cut short due to the therapy’s slow effect on infected burns still yielded important insights.

Newly published research finds both potential and problems with the concept of using bacteriophages to treat infected burn wounds.

Investigators in France recently evaluated whether a cocktail of bacteriophages might be a suitable replacement for traditional therapies in patients whose burn wounds were infected with Pseudomonas aeruginosa. Wound infections are a leading cause of sepsis in burn victims, but the bacteria are often resistant to multiple drugs. The use of bacteriophages—natural bacterial viruses&mdash;has been suggested as a way to counter the problem of drug resistance.

To study the question, the team recruited patients from 9 burn centers in France and Belgium. A total of 27 patients were randomly assigned to receive either the current standard of care, 1% sulfadiazine silver emulsion cream, or a cocktail of 12 lytic anti-P aeruginosa bacteriophages. Given the different methods of administering the therapies, it wasn’t possible to mask knowledge of the treatment method from clinicians; however, the microbiologists who analyzed patient samples were not told which patients received which treatments. 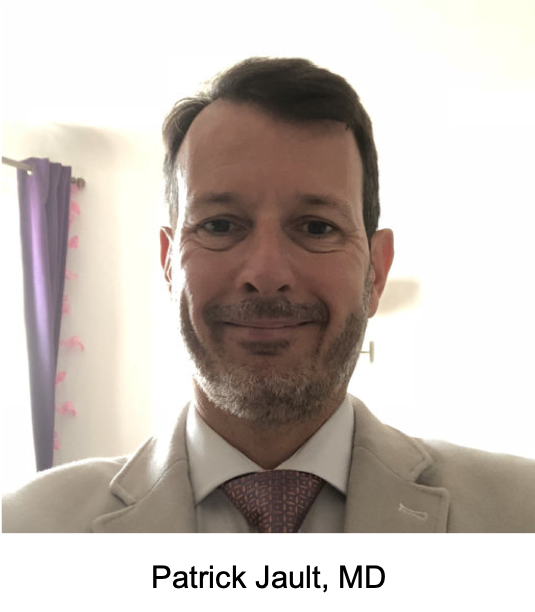 Although the bacteriophage treatment was unable to compete with the current standard therapy, the study yielded a number of important takeaways, according to corresponding author Patrick Jault, MD, of Clinique de La Muette, in Paris. Dr. Jault told Contagion® that bacteriophage research is still in the very early stages, and he remains optimistic about its potential.

“I’m a believer there is a place for phages in the treatment of infectious diseases, but the way to [learn] all that we have to is very long,” he said. “Many trials are necessary.”

Numerous trials are necessary because the process of using bacteriophages is highly complex. To conduct the study, Dr. Jault said, investigators needed to work closely with French regulators. The cocktail in this study, called PP1131, was the first pharmaceutical product ever used in human phage therapy. Prior to testing the efficacy of the cocktail, they first needed to show that it could be stable, given the dearth of existing data.

“The results revealed a very low concentration of phages,” Dr. Jault told Contagion®. “Stability 24 months after production was really bad, and the [modeling] curve [we] built retrospectively let us [hypothesize] that the mix of all phages decreased quickly after production.”

Thus, patients who received the cocktail in the trial were likely receiving a very low concentration of phages, accounting for the slow effect of the therapy. It is not known exactly why the concentration became so low, although Dr. Jault and colleagues hypothesized it could be due to dilution, interactions between the phages, or other causes. If the loss of potency had not occurred, Dr. Jault said the efficacy of the cocktail might have been very different.

“[T]he trial was designed to assess PP1131 with a concentration on site at 106 PFU/ml instead of 10 or 102 PFU/ml as it was,” he explained. “We think that if the cocktail was used with the expected concentration, the speed of bacterial [burden reduction] should have been faster.”

Dr. Jault said there are a number of takeaways for future research. Among them, is that it’s best to mix the cocktails at the last moment—at the bedside&mdash;something that initially was not allowed by regulators. It’s also likely best to use the lowest number of phages possible, creating a more personalized approach and also reducing the likelihood of dilution or interaction.

Dr. Jault believes phage therapy has great potential; however, he said the therapy will only become a reality if investigators can bridge the gap between the biologists in the lab and clinicians treating real-world patients. He said early research like this, involving both clinicians and regulators, will hopefully help empower future investigators as they pursue ways to create effective therapies in humans.