The study retrospectively observed more than 800 patients in the Maryland and Washington, D.C. area during March and April. 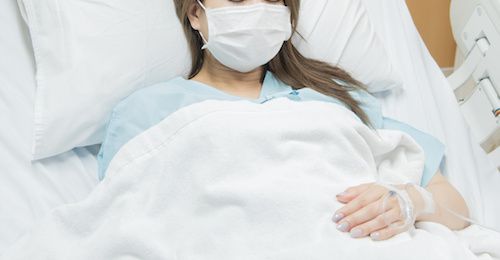 Age and number of comorbidities, as well as hospital admission from nursing homes, can all be used to predict novel coronavirus (COVID-19) disease severity in adult patients, according to a paper published in the Annals of Internal Medicine.

Investigators from Johns Hopkins University School of Medicine observed 832 consecutive COVID-19 hospital admissions in order to determine the factors of hospital admission that could predict severe disease or death as a result of COVID-19. The study authors wrote that furthering the definition of factors present at hospital admissions that predict poor outcomes could eventually inform allocation plans for resources that may be scarce (such as ventilators or therapeutics) as well as guide discussions with patients and families.

The patients were admitted to 5 hospitals in the Maryland and Washington, DC. area between March 4 and April 24, 2020 and followed up with through June 27. The patients were confirmed to have COVID-19 infection using any nucleic acid test that had FDA approval/ Emergency Use Authorization during the study period, the study authors said. Additional data collected included demographic characteristics, medical history, comorbid conditions, symptoms, vital signs, respiratory events, medications, and lab results.

By the end of the study period, the investigators said, 83% of the patients had been discharged, 16% had died, and about 1% remained hospitalized with severe disease. Of the discharged patients, 63% had mild to moderate disease and 21% had severe disease, the study authors added.

While median length of stay differed by peak disease state, the average was about 7 days. The study authors observed that about a quarter of the mechanically ventilated patients reached that state within 1.2 days, with the duration of mechanical ventilation being 10.5 days overall (11.6 days for discharged patients and 7.1 days for patients who died).

The study authors said that when compared to a reference group of COVID-19 patients aged 60 to 74 years (female, not admitted from a nursing home), patients younger than 60 and patients aged over 75 years were less likely to develop severe disease. If the Charlson Comorbidity Index was increased, study authors observed an increased risk for progression in patients younger than 60 years and patients older than 75 years, but a lower risk for progression among the middle 60-74 year age group.

Factors associated with time to death included age, age interaction with nursing home, Charlson Comorbidity Index, the study authors said. Admission from a nursing home was associated with a significant increased risk of death only in patients younger than 75 years, they noted.

“Our study provides insight into the disease trajectories of hospitalized patients with COVID-19 in the United States and the risk factors associated with severe outcomes,” the study authors concluded. “Rapid progression of disease after admission provides a narrow window to intervene to avert these outcomes…Future studies will focus on prediction using longitudinal data to assist clinicians, patients, and families as they navigate COVID-19.”