New findings show when A3A is overexpressed, latent HIV is less likely to reactivate; the opposite is also true.

Scientists have already had success in suppressing HIV-1, but what they don’t yet understand is how the virus becomes latent in infected cells, or how it becomes reactivated after latency.

Now, though, scientists have uncovered a major clue. Investigators at Yale University have demonstrated that the protein Apobec3A (A3A) has the power to promote latency or induce reactivation. The findings, published in the Proceedings of the National Academy of Sciences, could have implications for future HIV therapies.

A3A was already known to help the body suppress HIV during the time frame just after infection. However, Akiko Iwasaki, PhD, of the Yale University School of Medicine, and colleagues wondered what role A3A might play once the virus had entered the latent state.

To study the question, they took T cells lines infected with latent HIV and experimented by modifying genes to either overexpress A3A, or to knock down or knock out the protein.

“Collectively, we provide evidence and a mechanism by which A3A reinforces HIV-1 latency in infected CD4 T cells,” Dr. Iwasaki and colleagues wrote.

A3A accomplishes the task of controlling HIV latency by binding to a particular part of DNA, Dr. Iwasaki and colleagues reported. The results were later replicated in human T cells. 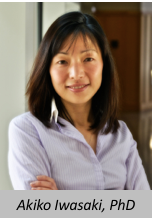 Dr. Iwasaki said the findings were unexpected, but she told Contagion® that the new knowledge about A3A’s role is just a preliminary step in what would need to be a lengthy process to develop a therapy based on A3A.

“A3A therapy is far from a reality at this time,” she said.

That’s because in order for A3A therapy to essentially disable the virus, the protein would need to be comprehensive in its effect, seeking out latent virus in every single cell. In order to make that happen, Dr. Iwasaki said they would need to find an effective way to get A3A into every latently infected cell. After that, they would need to be able to maintain stable A3A expression in each cell. Both of those tasks will be very challenging, she said.

An alternative strategy would be to use A3A regulation to essentially trick HIV to come out of its hiding spot.

“Another way to use our result as HIV therapy is to inhibit A3A activity to enable reactivation of latent HIV, then target the infected cells for killing by immune cells, the so called kick-and-kill strategy,” she said. “For that, we would need a safe and specific A3A inhibitor.”

In short, while the research suggests potential strategies, much work is needed to turn those strategies into viable therapies, she said.

“Our study reveals the basic mechanism by which A3A blocks HIV-1 reactivation but does not provide means for therapeutic translational strategy at this time,” she said.

Still, the research is an exciting step as scientists continue the push to move from a “functional” cure of HIV to an actual cure. Efforts to do the latter range from the development of a vaccine to gene editing strategies.

Dr. Iwasaki is continuing to work on A3A, but she said their focus for the time being is to understand more of the basics of how A3A works.

“We are continuing to work on A3A, more with respect to its basic biology,” she said. “One day, we would love to turn this into a real therapy but I think we first need to understand more about what A3A is doing in various cells.”