This week’s Public Health News Watch captures the all-too-common story of TJ, an American who brings his ailing mother across the border into Mexico for healthcare that he is otherwise unable to afford at home.

TJ brings his 90-year-old mother across the border from San Diego County, California to Tijuana, Mexico at least once a month to see a specialist.

Although he refused to share specifics regarding his mother’s health with Contagion®, despite the promise of anonymity (TJ is not his real name; he spoke to us while we waited in line to cross the border into Mexico), he did say that even with her Medicare and Medicaid coverage their out-of-pocket costs across the border were more than 50% less than they would be closer to home, making the sometimes-stressful trip worth it from a financial perspective. After suffering a stroke several years ago, TJ’s mother can no longer speak, and she is confined to a motorized wheelchair.

“The trips take a lot out of her, a lot out of both of us, actually,” he says. “We take the train down from San Diego, and she gets tired from that. Then there’s the wait [at customs]. But, we could never afford the kind of care she gets across the border in San Diego.”

Crossing the border for healthcare is hardly new. In fact, it has become a cottage industry of sorts in Tijuana, where new medical complexes are being built just outside the point of entry from San Ysidro, California. Mexican officials last year told NBC San Diego that they expect the number of Americans heading south of the border for healthcare services to increase to 700,000 by 2020. Indeed, even after the passage of the Affordable Care Act (ACA) in 2011, Americans have headed to Tijuana to purchase prescription drugs at discount prices (often without a prescription) or to undergo elective surgery procedures. A Washington Post article published in 2011 described the city as a “favored destination” for American medical tourists. 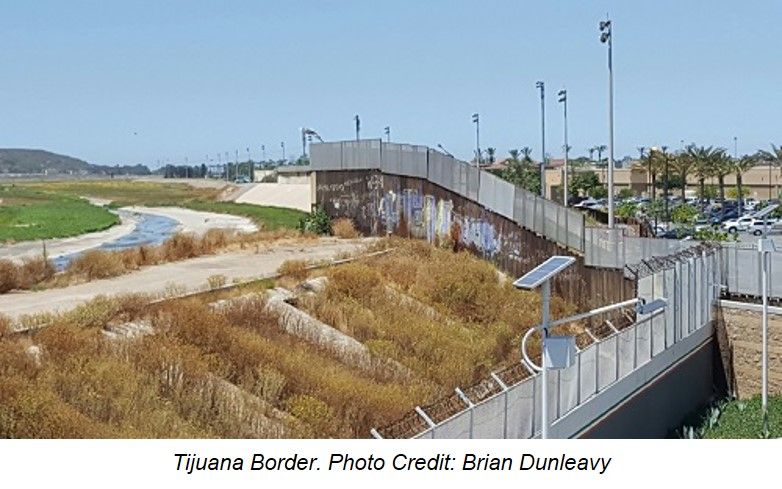 And, if anything, the market projections of Mexican officials may be conservative, depending on what happens in Washington this week. According to media reports, Republicans in the House of Representatives are planning to use the “congressional reconciliation process” to push through a bill that would repeal and replace the ACA, also known as Obamacare. By employing the procedural vote, the measure would only require a simple majority of 216 votes to pass, although reports suggest that even that number is far from a sure thing, despite concessions made in the legislation from various factions of the GOP.

But while legislators across the political spectrum have varying interpretations as to the impact of the new bill, which President Trump and GOP leaders have dubbed the American Health Care Act (AHCA), and the less imaginative among the mainstream media have called Trumpcare, what seems clear is that in addition to reducing the financial burden imposed by the ACA at the state and national level (at least initially), the new plan will strip away the guaranteed coverage for those with preexisting conditions offered under the ACA and thereby add 24 million Americans to the rolls of uninsured. Those who remain insured are expected to see significant increases in their premiums, based on research conducted by the Kaiser Family Foundation, and published in an April 28, 2017 editorial in The New York Times.

All of which could bring more Americans, like TJ, to the border and Tijuana, assuming the Republicans have enough votes to pass the AHCA. A report posted on May 2, 2017 by Business Insider suggests it will be close.

“Who knows what will happen?” TJ told Contagion®. “[Coming to Tijuana] is not ideal, but I don’t feel like we have much of a choice, now or in the future.”

And to think Americans used to head south of the border for illicit fun. Things have clearly changed—and one way or another they are likely to keep changing.