Racial disparities in the incidence and severity of COVID-19 in the United States have been well documented. According to many reports, Black Americans and, in some cases, Hispanic Americans, are at increased risk for infection, hospitalization, and death with/due to SARS-CoV-2.

However, what’s less clear is the reason why these disparities exist. Are people in these racial and ethnic groups genetically predisposed to more serious illness from COVID-19 (unlikely), or is it that these communities have higher rates of the underlying health conditions—diabetes, cardiovascular disease, etc—known to increase the risk for severe disease? Finally, could systemic racism play a role? Do issues such as the lack of access to quality healthcare, higher use of mass transit, increased levels of overcrowded housing, and the greater likelihood of being an “essential worker” (ie, not being able to work from home) factor in these numbers?

To date, at least, the research indicates they do, and that the problem is pronounced in, but not unique to, the United States. In fact, a study of COVID-19 outcomes in children in England, published on June 21st by JAMA Pediatrics, highlights similar disparities.

“While children are at a substantially lower risk from COVID-19 compared with adults, this study suggests that race and ethnicity play an important role in outcomes for COVID-19 across all age groups,” study co-author Julia Hippisley-Cox, MD, a professor of clinical epidemiology at the University of Oxford, told the Oxford Mail. “Our findings reinforce the need for ethnicity-tailored approaches to diagnosing and managing COVID-19 in community settings, so those families at most risk of severe illness are better informed and have greater access to tests.”

Indeed, their analysis of more than 2.6 million children across England found that children from Asian and Black backgrounds were 80% and 12% more likely to test positive for SARS-CoV-2, respectively, than White children. In addition, Asian and Black children with the virus were 62% and 44% more likely to require hospital care, respectively, than White children. Children of both racial minority backgrounds in England were also more than twice as likely to need ICU treatment for COVID-19 than their White peers.

Despite these differences in disease course, Asian and Black children in England appear to have lower access to COVID-19 testing than White children. In all, 17.1% of the White children included in the analysis were tested for the virus, compared with 13.6% of Asian children and 8.3% of Black children, according to the researchers. Overall, 15.9% of the 2.6 million children in the analysis were tested for COVID-19 and 6.4% tested positive; just 0.01% of the infected children were admitted to the hospital as a result.

Co-author Defne Saatci, MD, a doctoral student in pediatrics at the University of Oxford, told the Oxford Mail: “This is the largest observational study yet of COVID-19 in children, and highlights disparities in testing, infection rates and hospitalization linked to ethnic minority children, with important implications for families, doctors and policymakers.”

The only question: Is anyone listening? 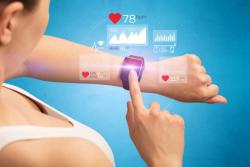