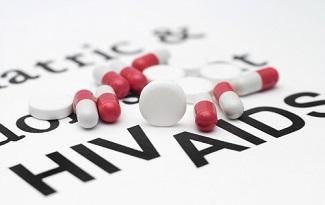 Hispanic or Latino (Hispanic) patients with HIV experience more health care disparities and discrimination events compared to other racial groups, according to the US Centers for Disease Control and Prevention’s Morbidity and Mortality Weekly Report.

Investigators from the CDC used data from the Medical Monitoring Project between 2018 and 2020 in order to understand and eliminate the barriers to HIV care and treatment. The data included self-reported stigma and health care discrimination reports from 2690 adult Hispanic participants.

A previous report, the study authors noted, found that Hispanic patients who received HIV care, were retained in care, and were virally suppressed at levels lower than their non-Hispanic counterparts.

The highest reported median HIV stigma scores on a scale of zero to 100 was 31.7, with women and American Indian or Alaska Native patients reporting the highest scores among Hispanic persons with HIV, the study authors reported, at 35.6 and 38.9, respectively. The study authors also found that HIV stigma was primarily attributed to disclosure concerns (between 48 and 78 percent of participants), which include fearing others will reveal someone’s HIV status and being careful about who knows someone’s HIV status. Between 20 and 28 percent of participants agreed with the items about perceived public attitudes – including feelings of disgust and rejection related to a positive HIV status – the study authors determined.

The participants were also asked to attribute their discrimination to certain qualities:

“Data disaggregation among Hispanic persons with HIV revealed disparities in stigma and discrimination experiences,” the study authors concluded. “Designing multilevel, culturally, and linguistically appropriate approaches that address stigma and discrimination, particularly among priority populations such as Hispanic persons with HIV, is key to improving care and treatment outcomes and ending the HIV epidemic.”