A recreation of a failed staph vaccine trial unveiled that previous exposure to S aureus made the vaccine candidate ineffective. 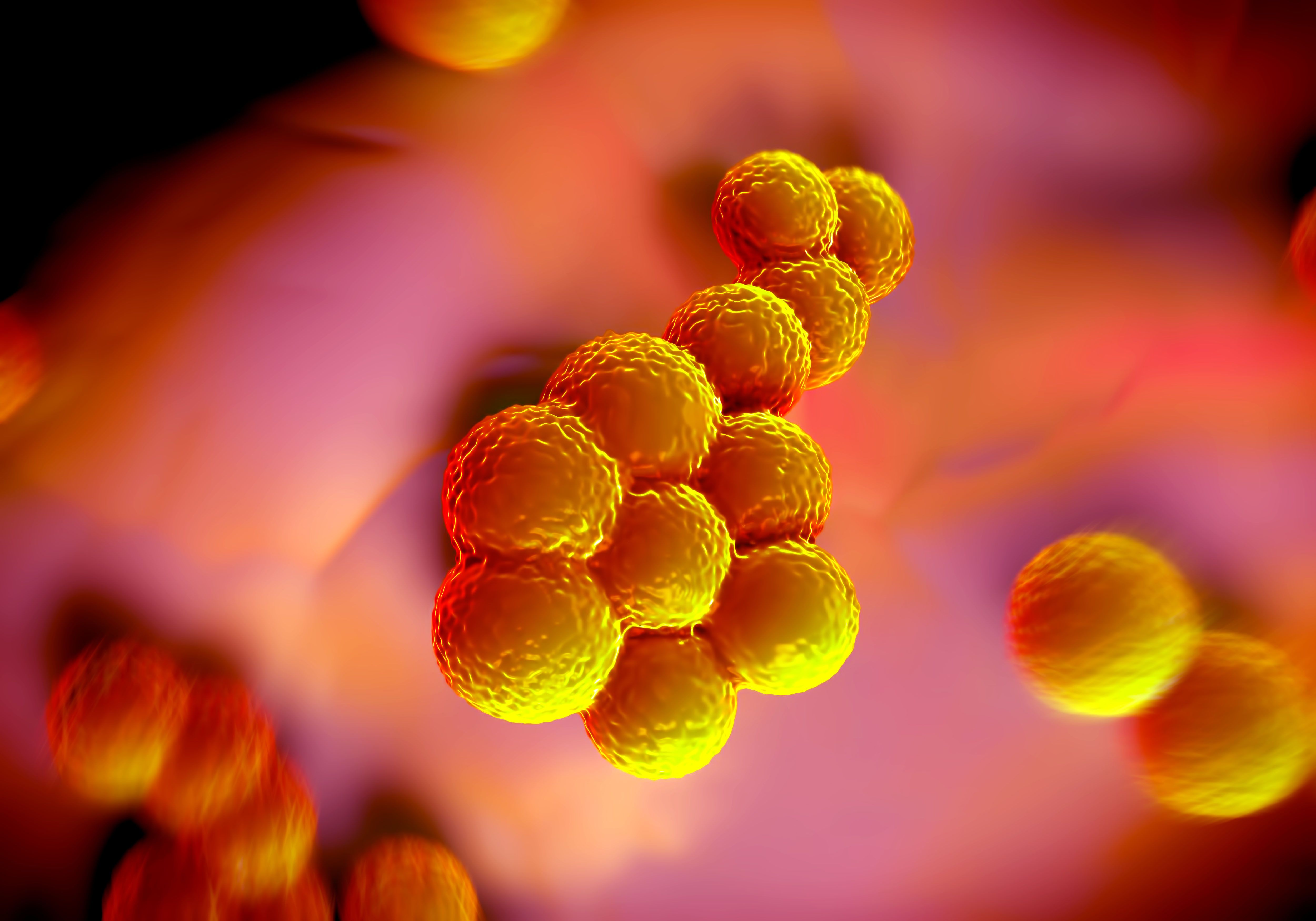 Antibiotic resistance is a growing problem, as dangerous pathogens learn to mutate to evade effective treatments. Staphylococcus aureus (S aureus; SA) is one such resistant microbe, and investigators have been attempting to develop an effective vaccine for some time.

Animal studies have produced potential SA vaccine candidates, but these have all failed to translate to humans. One study, published in Cell Host & Microbe, noted that a key difference between animals and humans is the latter are naturally exposed to S aureus. Indeed, previously infected mice could not mount an adequate immune response to SA vaccination, unlike infection naïve mice.

“Staph vaccines appear so easy to make in laboratory mice because they rarely see S aureus,” said Chih-Ming Tsai, PhD, the first author of the study. “But humans are exposed to staph beginning in the first weeks of life and, in order to coexist, staph appears to have developed many strategies to render ineffective our immune response against them.”

Tsai and fellow investigators made this discovery after recreating one of the largest failed human SA vaccine trials, a phase 3 study of an iron-regulated surface determinant protein B (IsdB) vaccine candidate.

The team intraperitoneally infected 6 mice with SA 1-3 times a week, seeking to achieve a steady serum IsdB antibody titer. Then, they vaccinated the mice with the recombinant IsdB candidate and evaluated for bacterial burden and mouse mortality.

The investigators found that the IsdB vaccine was highly effective against SA in naïve mice, but the mice with 2-3 prior SA infections did not have an adequate antibody response to the vaccine candidate.

This observation led the investigators to explore antibody glycosylation, which has been proven to reduce opsonophagocytosis by blunting FcgRIII and FcgRIIb binding. After seeing no difference in FcgRIIb binding between the antibodies of naïve mice and infected mice, the investigators concluded that α2,3 sialylation of anti-IsdB antibodies had likely blunted opsonophagocytosis through interaction with another receptor on myeloid cells.

When the investigators vaccinated mice only against the protective component of the IsdB protein, both the SA-infected and SA naïve mice were protected. The investigators concluded, “he earlier vaccines failed because of the faulty memory of the pathogen and the corresponding immune response.”

A successful staph vaccine would likely be the most effective way to reduce the burden of infections and the advance of antimicrobial resistance. “Based on new understanding of how staph vaccines failed, we could look for new ways to overcome the root cause of vaccine failure in our study—the non-protective memory left by prior staph exposure,” said study author George Liu, MD, PhD.

Unlike mice and other animals in a laboratory setting, over 50% of human infants are exposed to SA during their first 2 months of life. This mechanistic framework explaining the failure of the IsdB vaccine trial may soon lead to a successful S aureus vaccine.