A new analysis of more than half a million knee replacements finds patient-specific factors and certain surgical decisions can make a difference in the rate of infections.

A major new analysis of prosthetic joint replacements is shedding light on the ways physicians can—and cannot&mdash;lessen the risk of infection and other complications.

The study, published last month in The Lancet Infectious Diseases, looked at primary knee replacements in England and Wales between 2003 and 2013, finding a total of 679,010 procedures. Investigators then gathered data for subsequent revisions of joint replacement procedures due to infection between 2003 and 2014. The revision group had a total of 3659 cases, with a median follow-up of 4.6 years.

The investigators found a range of factors that appeared to increase the risk of complications, including younger age, male sex, a high body mass index, and tibial bone grafts, among others. On the other hand, patients who underwent uncemented total, patellofemoral, or unicondylar knee replacements had lower risks of joint infections.

In sum, the study offers physicians several factors to consider as they seek to assess and diminish the risk to a particular patient.

“Evidence suggests that the risk of developing prosthetic joint infection following total hip or knee replacement is likely to be affected by patient-related, surgery-related, and healthcare system-related factors,” wrote Ashley W. Blom, PhD, of the University of Bristol, and colleagues. 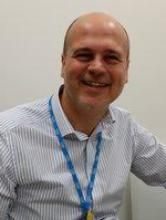 The study comes at an important time for patients. Although knee replacements are among the most common elective surgeries in the world, complications are also on the rise.

“As knee replacements have become more common, the number of revision operations for infection between 2005 and 2013 in England and Wales has risen by more than threefold, with more than 1000 revision procedures due to prosthetic joint infection of the knee done annually since 2011,” the investigators wrote.

Although antibiotic suppression can be an effective way to treat such infections, the authors note that the therapy and other common interventions also come with significant risks. One way to curb the problem is to be aware of patient-specific factors, the investigators write, such as high body mass index and a history of certain health problems.

At the surgical level, though, decisions made by physicians and patients seem to be significant. For instance, although surgical approach did not have a major effect on the risk of infection, the use of general anesthesia heightened a patient’s risk.

“In general, factors that are a surrogate marker for operative duration and complexity, such as general anesthetic, the need for additional constraint, total rather than partial knee replacement, and the use of tibial bone grafts, are associated with increased risk of revision for prosthetic joint infection,” the authors wrote.

As for health systems, the study found little at the hospital-level that made a significant difference. Still, they noted that hospitals with a higher volume of knee replacements tended to have higher rates of complications, as did procedures that were paid for by the national insurance system, as opposed to by private insurance.

Blom and colleagues write that although some factors identified in their study are modifiable, others are not. In the latter case, they said knowledge of risk factors can still make a significant impact.

“When risk factors are not modifiable, they should form part of the information used to counsel and prepare patients for surgery and can form the basis of targeted follow-up and monitoring strategies,” they wrote.